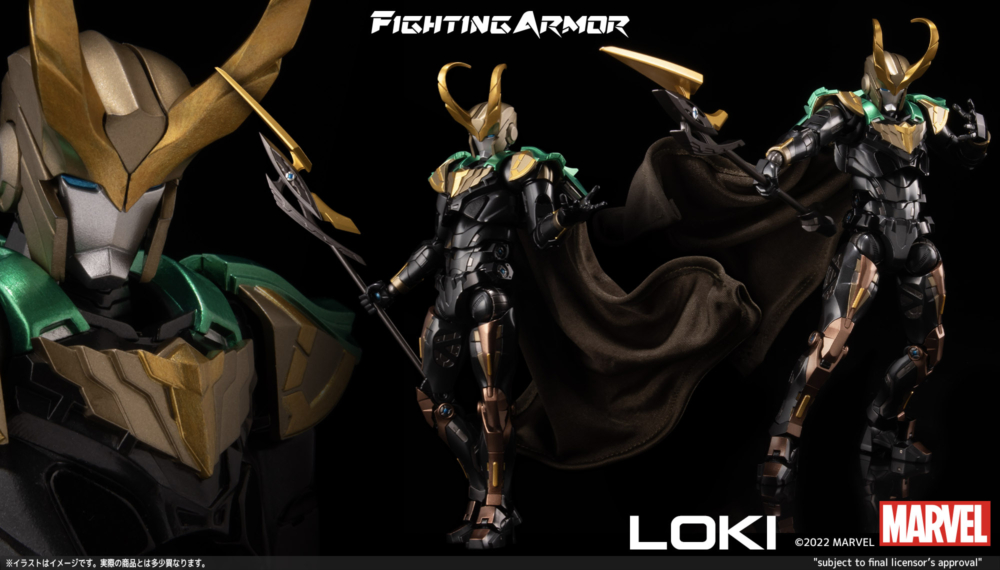 Sentinel has released official photos and details for their next Marvel Fighting Armor action figure release. The next figure in the line is the Fighting Armor Loki 6″ Scale Figure. The Fighting Armor series from Sentinel features various characters from Marvel Comics in their own Iron Man style armor. You can even see the Fighting Armor Thor figure featured in some of the imagery below.

The upcoming Fighting Armor Loki action figure stands around 6.5″ tall, and includes a few interchangeable hands, a scepter, a wired fabric cape, and a display stand. The figure is set to be released in February 2023 and should cost around $100.00.

Check out an image gallery of the upcoming figure below.