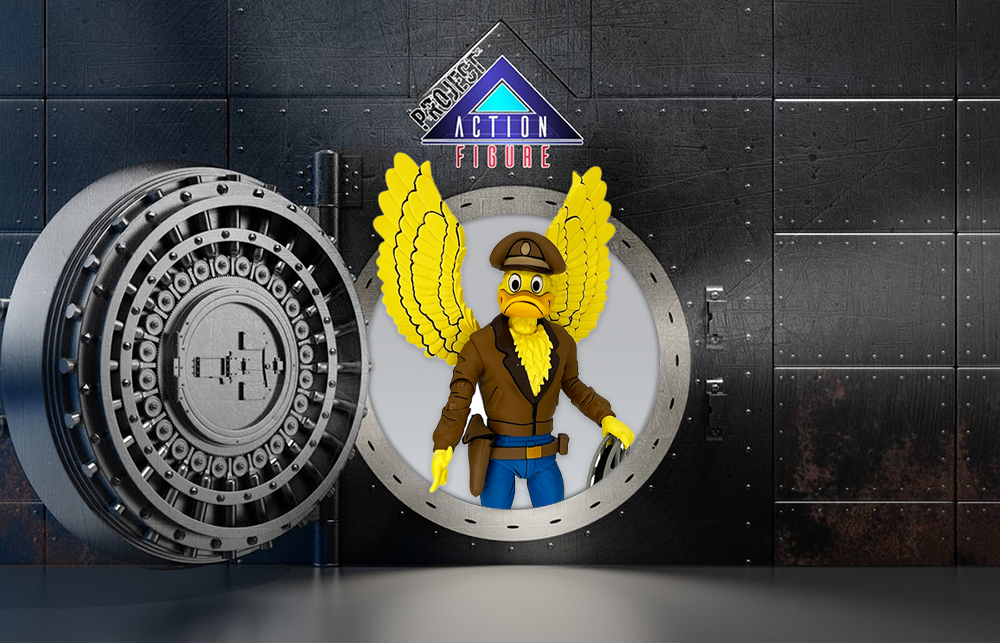 Figure: Ace Duck (from the 2-pack with Mutagen Man) – 7in

To see all the releases that the Vault has on this line, click here! 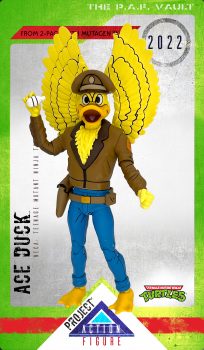 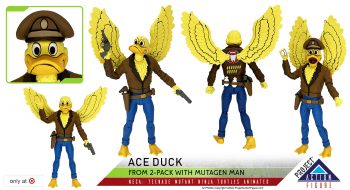 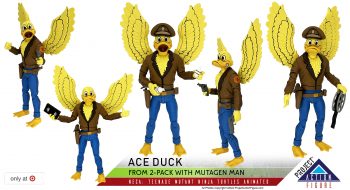 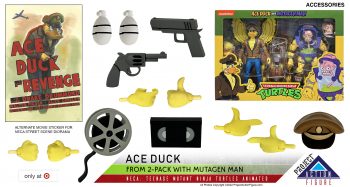 For all the bright colors and looks of this badass ducky, things are about to go dark. So fasten your seatbelts, put your table trays in the upright position and get ready to take off.

With most of the characters from the animated show, Ace was born as a figure first, but unlike others, his appearance in the series was incredibly brief -the star of a film that quickly gets a change of channel to look at an April’s exclusive-, but we do have his back story thanks to the blister’s card. Turns out that he’s the mutation, the product of an energy beam meant to carry a duck to Dimension X that zapped the famous test pilot, Ace Conrad in the process.

Now the thing is… why were they teleporting a Duck in the first place? Well, as it turns out, Krang has some very specific cravings from time to time, and he wanted a proper Peking Duck for dinner! (and they were out of stock in Dimension X, apparently) So he had Shredder do some illegal imports for such a meal! The irony is not lost on us when we also find out in his character card that he hates the dish -for good reason- and he’s a native of Beijing itself.

This tragic story does have a “happy” ending, because after being hit by the beam and transformed into his new feathered self, he crashed close to the Turtles hideout, and befriended his fellow mutants, who after seeing his skills, decided to contract him as their official pilot for the Turtle Blimp, that is… as long as he gets paid on time.

This figure, like all the others in this line from NECA, is a faithful adaptation of the original one, including his wings that back in the day were quite the novelty. It does not have a hole in his skull though, which is a story in itself. The v1 of the figure couldn’t hold the hat on his head, so Playmates released a second one with the practical yet ugly aforementioned hole!