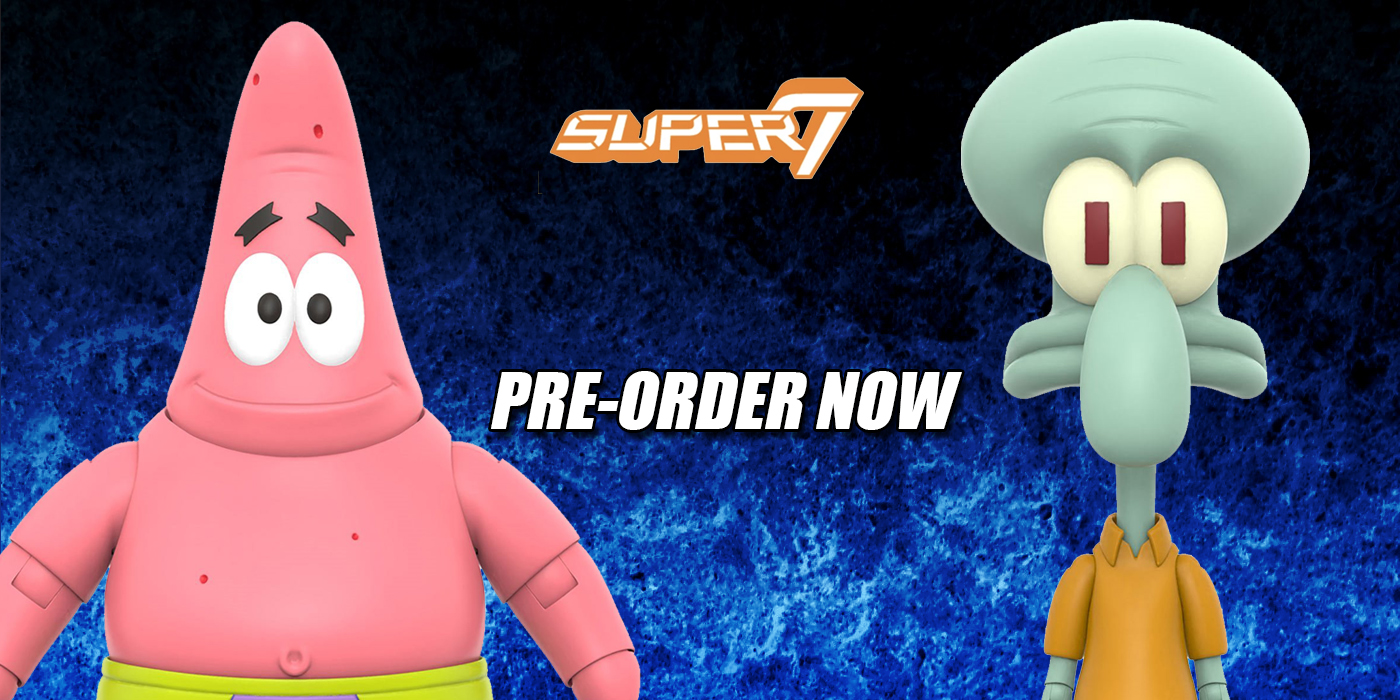 Super7 has revealed the next wave in their new SpongeBob Squarepant Ultimates line.  Wave one, in case you’ve forgotten, was Sandy and the lovable sponge himself, SpongeBob.  Wave two will contain Patrick and Squidward, further completing the main characters in the cartoon.  These are open for preorder now and are expected to ship November 2023.  Here’s the details on each:

This highly articulated 7-inch scale SpongeBob SquarePants ULTIMATES! figure of Patrick comes with an alternate Pinhead Larry head, multiple interchangeable hands, and a variety of accessories, including a removable Krusty Krab hat. Patrick may not be suited to help you recreate the Lincoln-Douglas Debates, but add the made-to-order SpongeBob SquarePants ULTIMATES! figure to your collection and you’ll have his unwavering support without a second (or first) thought! Ages 14 and up. Accessories include:

Squidward fancies himself as the only sophisticate in a sea of (Bikini) bottom feeders and he’s not shy about reminding everyone that they’re stifling his artistic genius. This highly articulated 7-inch scale SpongeBob SquarePants ULTIMATES! figure of Squidward comes with interchangeable heads and hands and a variety of accessories, including his clarinet and a Krabby Pattie burger. He’s annoyed by everything and everyone around him, but a change of scenery might do Squidward some good. Add the made-to-order Squidward ULTIMATES! figure to your collection and finally give him the sense of appreciation he feels he deserves! Ages 14 and up. Accessories include: