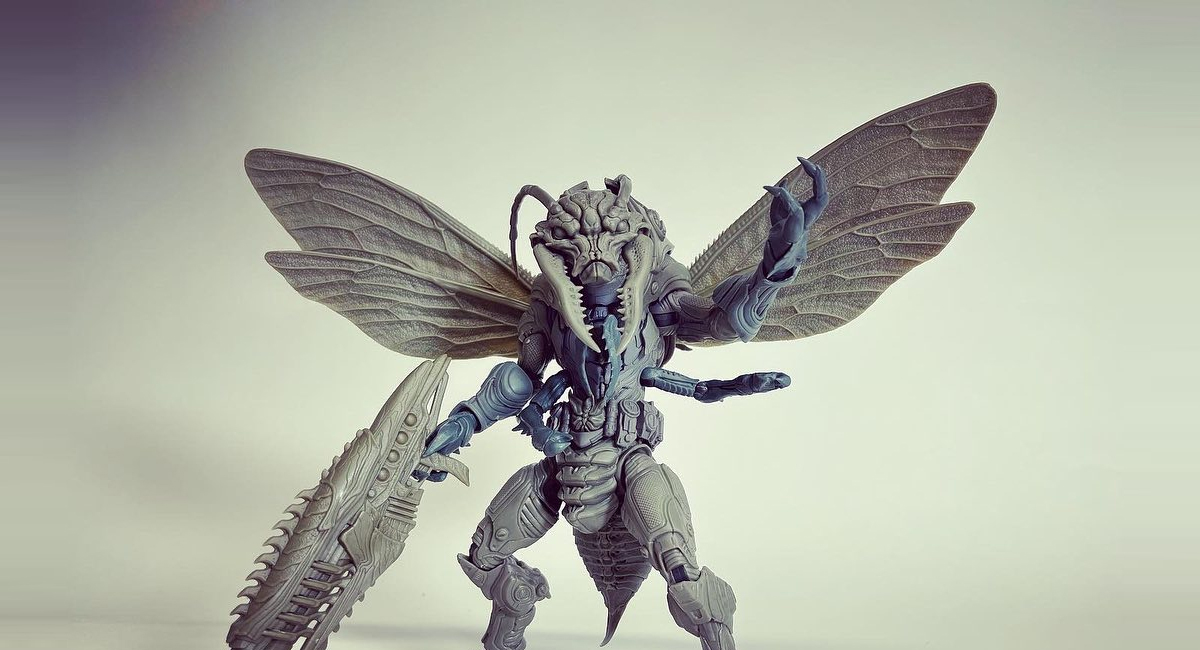 The figure shown here is the “Sphexxian Block Commander”. This figure, and the companion Prison Guard version of the Sphexx were two of the most talked about test shots in our display. That makes sense, since these guys are awesome! They use a 1.0-style Legions body (meaning parts are compatible with other 1.0 figures across both Cosmic and Mythic Legions), but because their torso has the large neck collar and wings, they really stand taller than a normal 1.0 figure and they have an impressive depth to them! We think fans are going to have a blast playing with the Sphexxians once they get them in hand!

Four Horseman Studios posted an article about the test shots they had on display at PowerCon last weekend.