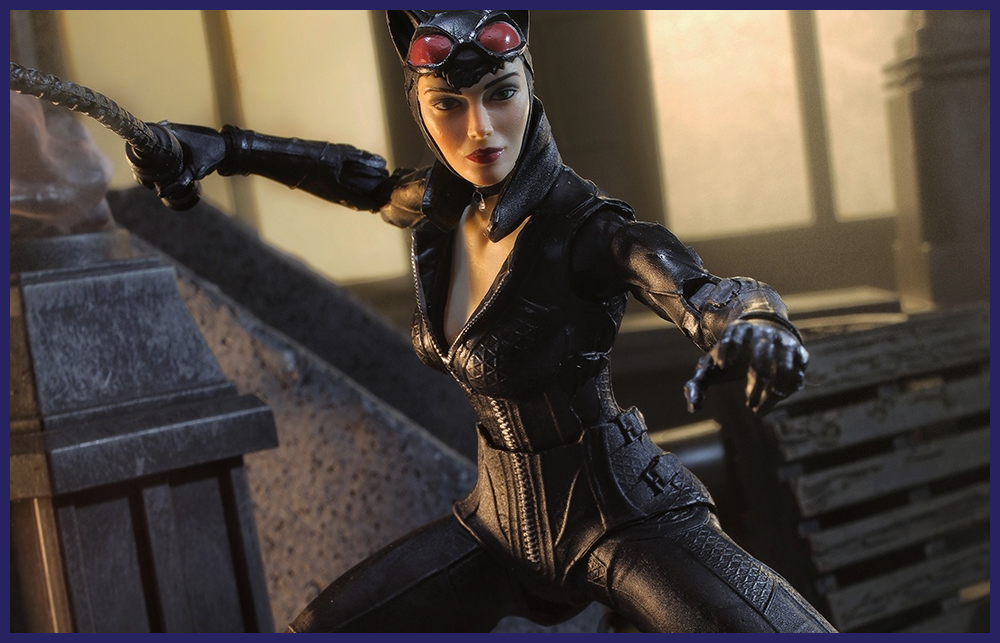 If we leave Zoë Kravitz aside -which we have to do, given that the Movie figures don’t necessarily pair well with comic or game ones-, McFarlane Toys is finally (FINALLY!) giving us a Catwoman; probably the only one we’ll get in a while, knowing how uncle Todd feels about female figures. Arkham City’s design is a great pick since her costume from the game has all the details of a standard, classic Selina look. In this case, it seems they have put extra attention to the headsculpt, giving us one of the best female faces from the line.

With one announcement away to complete the wave (Bruce’s pseudo-father-in-law, Ra’s al Ghul) we should be getting a reveal of the big built figure, supposedly Solomon Grundy, to close off the week… and with some extra luck a live pre-order as well!