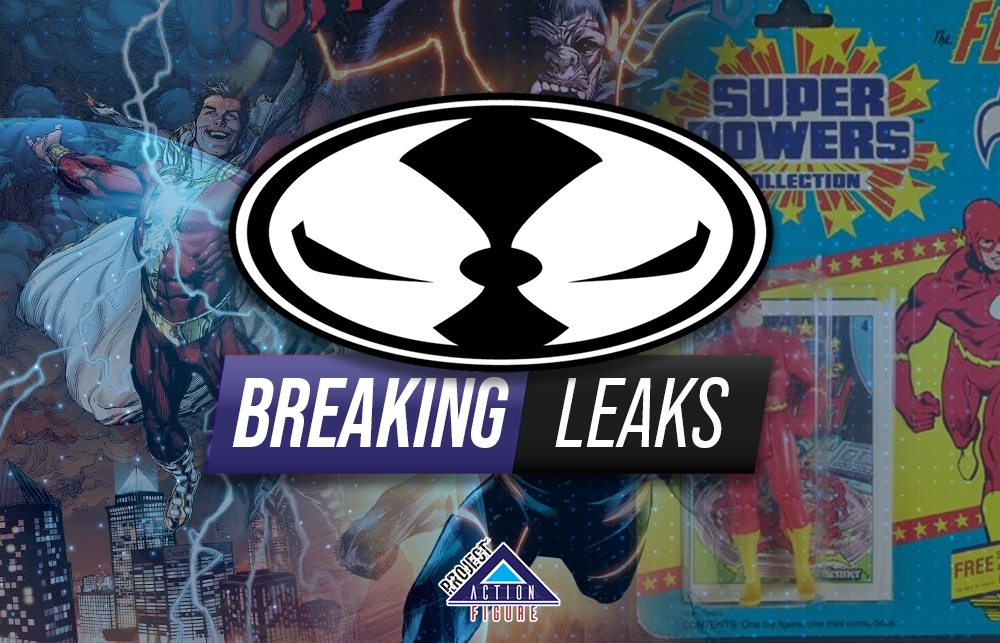 We’re finishing this week with some unexpected surprises!

To start we have our first look at some previously leaked new Super Powers figures, already starting to pop up in some Walmarts. This picture comes courtesy of Henry Dowell from Facebook, and shows the new SP version of Flash -although there’s a classic one, this has an updated look, that’s still “vintage” enough to strike all the needs of the nostalgic collectors-, and one from the Batman Who Laughs who receives for the first time, this retro treatment. Let’s remember that this is a line exclusive to Walmart, and can be scored at $9,97 each. Although these haven’t been officially announced, with their appearance in stores, we can expect some online pre-orders very soon, stay tuned!

Next up, we thank Kelvin Wood from FB for these new pictures. Over the weekend we got our first glimpse (also at Walmart exclusive, given the Gold Label and) at Dark Flash from the Dark Nights: Speed Metal storyline. Not only does he look pretty cool, but there appear to be 3 variants with different head sculpts -just like the Robin Crow from last year- so you can all start mentalizing for the hunt you’ll have to get into, to grab all three of them! The good news is that these seem to come in a 6 pack box, so they shouldn’t be as scarce as Az Bat has proven to be so far.

Next up, also coming from FB, thanks to Mario Pollard, and Alex Chen from IG, we’re seeing the first in-hand picture of a new Gold Label Shazam! figure, based on his Rebirth looks rather than the movie version; we’ve previously gotten some leaks about it, and we weren’t sure which version were they talking about, now with this one, I’m sure we’ll be getting both movie and comic ones eventually. As of the time of this writing they have started to pop up in different Walmart stores.

Then we’ve had a couple of new and old leaks, having “confirmation” thanks to brodepot.ph and its listings. We previously reported about the Aquaman movie figures on a couple of occasions, but we’re getting some extra details, along with a batch of The Flash movie ones as well!

Onto The Flash, there are Target’s listings confirming:

So that’s it for the week… if we’re ending like that, just imagine what next week’s going to bring!