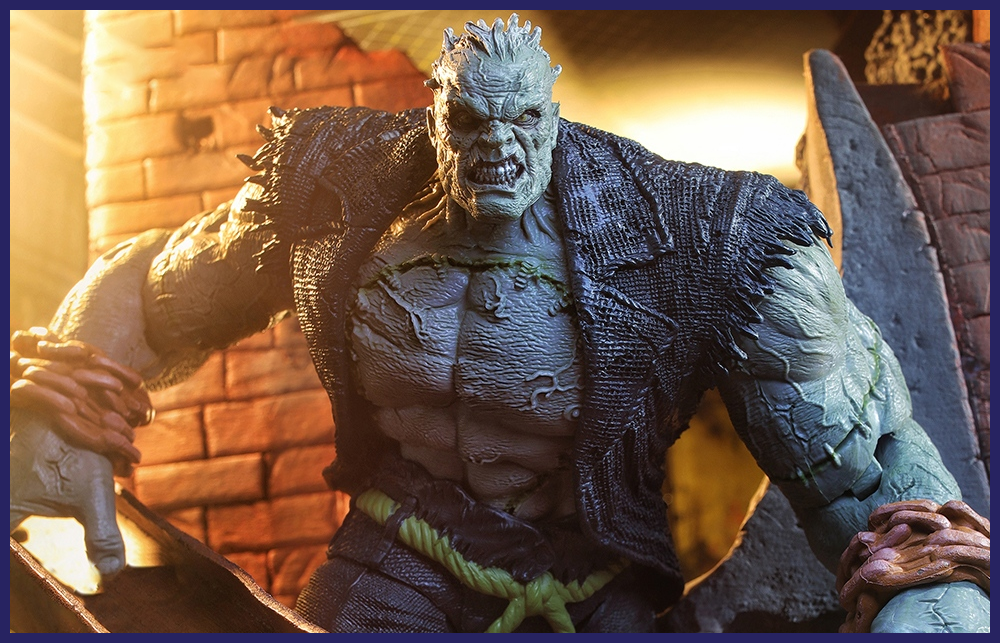 Solomon Grundy,
Born on a Monday,
Christened on Tuesday,
Married on Wednesday,
Took ill on Thursday,
Grew worse on Friday,
Died on Saturday,
Buried on Sunday,
That was the end,
Of Solomon Grundy This wave reveal took longer than usual, with some other random things in between… but we’re finally at the end of the road, and like the leaks foretold, Solomon Grundy is the big fella we’ll be able to assemble once we get the rest of the figures (Batman, Catwoman, The Penguin and Ra’s al Ghul).

This big guy seems to share some “mold DNA” with both BAF Bane and Devastartor, but all in all, the sculpt is incredibly detailed, with special props to the headsculpt itself.

Now we wait patiently for news of the pre-order, or even the alledged Gold Label variants, using the Black and White paint application.

In the meantime, let us know if you’re planning to collect this wave, down in the comments.