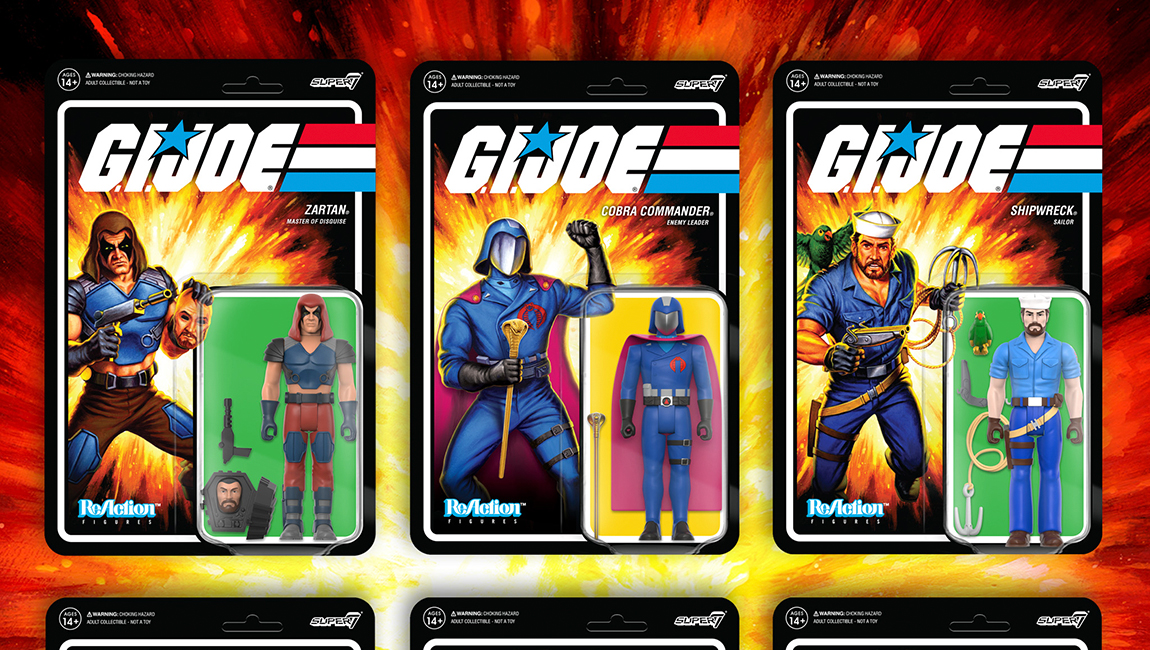 Super7 has put several brand new G.I. Joe ReAction figures up for pre-order on their site. G.I. Joe ReAction Wave 4 welcomes in Shipwreck, Cover Girl, Zartan, and the Cobra B.A.T., new versions of Cobra Commander and Snake Eyes, and a variety of camo-clad G.I. Joe Troopers and female Cobra Troopers! There are some serious army building figures in this wave!

There are 18 different figures in this wave if you count the multiple variants for the G.I. Joe Trooper and the Cobra Trooper. If you went all in on this one at $20.00 a pop, you would be paying $360.00 for a full set. Are you going all in? Leave your thoughts in the comment section below!

You can check out a quick look at all of the figures in this wave below.

Founded in 2001 and based in San Francisco, CA, Super7 is a premier pop-culture design house and manufacturer of lifestyle-oriented collectibles, toys, and apparel. Led by designer Brian Flynn, Super7 produces its own branded products, as well as those licensed from Star Wars, Transformers, Teenage Mutant Ninja Turtles, Alien/Aliens, G.I. Joe (including the 2021 Snake Eyes movie), Peanuts, Power Rangers, ThunderCats, He-Man and the Masters of the Universe, Universal Monsters, Disney, Iron Maiden, baseball, basketball, and others.