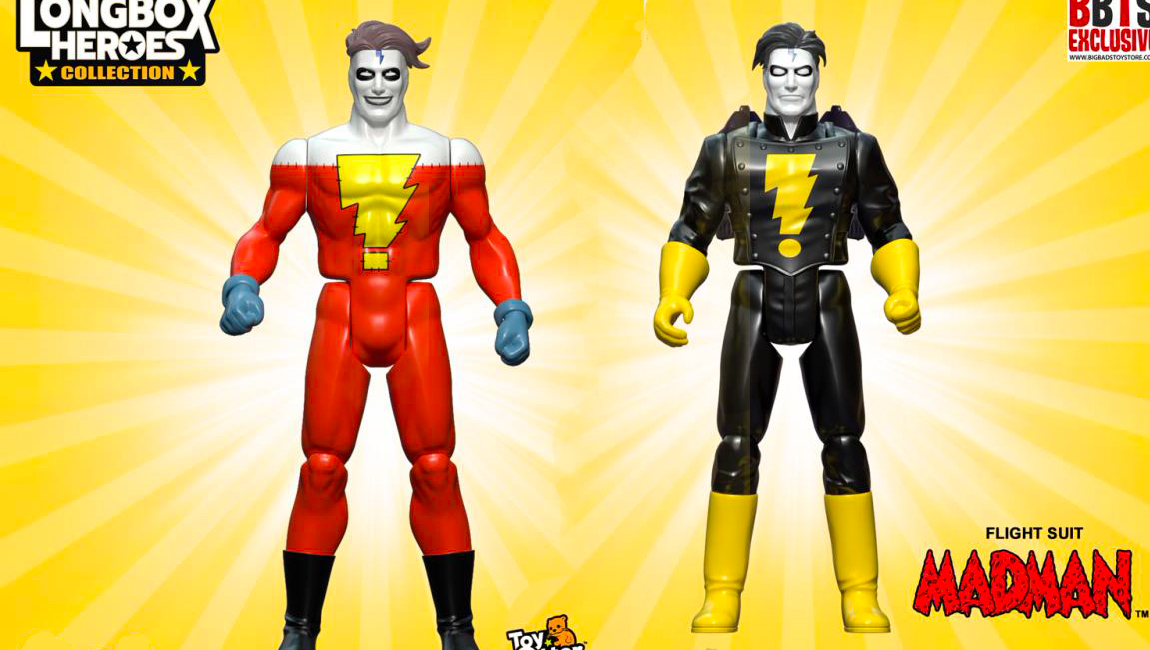 You can read the solicitation for the two new figures below.

Independent toy makers take on independent comic book icons! The LongBox Heroes Collection™ is the toy line that fans have been waiting for and features a selection of action figures based on some of the biggest names in creator-owned comic books heroes (and villains) including: Madman™ created by Mike Allred, The Goon™ created by Eric Powell, The Tick™ created by Ben Edlund, Mr. Monster™ created by Michael T. Gilbert, Cassie Hack™ created by Tim Seeley, Grendel™ created by Matt Wagner, and The Rocketeer™ created by Dave Stevens. Along with all-new characters The Black Phantom™* and the army-building Onslaught Trooper™* inspired by “The Rocketeer Jet-Pack Adventures” collection of stories!

These brand new 5-inch retro-styled action figures have been meticulously created to have the look and feel of arguably the most popular form factor of classic superhero action figures of the 1980’s, along with all the playable articulation fans expect and deserve. Each figure is packaged on a blister card featuring classic artwork of your favorite character.

The Longbox Heroes Collection is a collaboration with Fresh Monkey Fiction and designer/sculptor ToyOtter Toys and exclusively offered through BigBadToyStore.