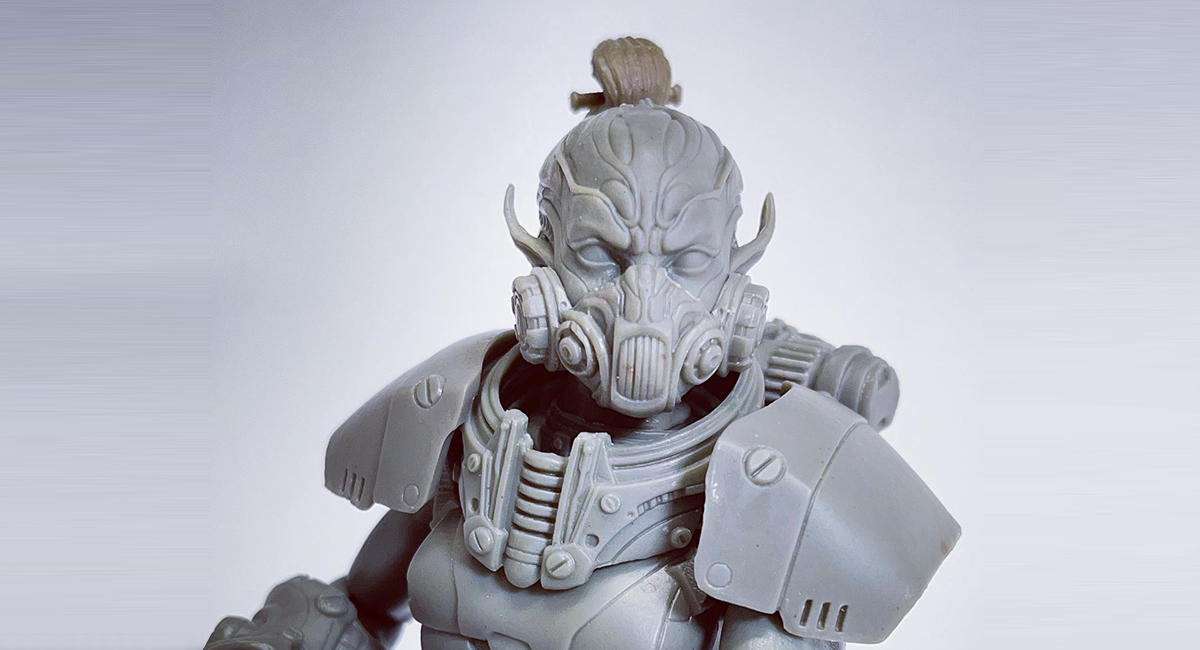 Four Horseman studios showed off another prototype figure from their upcoming Cosmic Legions waves. (I’m pretty sure the name is a reference to Alfred Bestor’s …The Stars My Destination.

A former member of the Edgehounders, Vorgga now finds herself locked away in the GraveRing – the cell block known for housing the roughest and most disruptive inmates in the Hvalkatar prison.