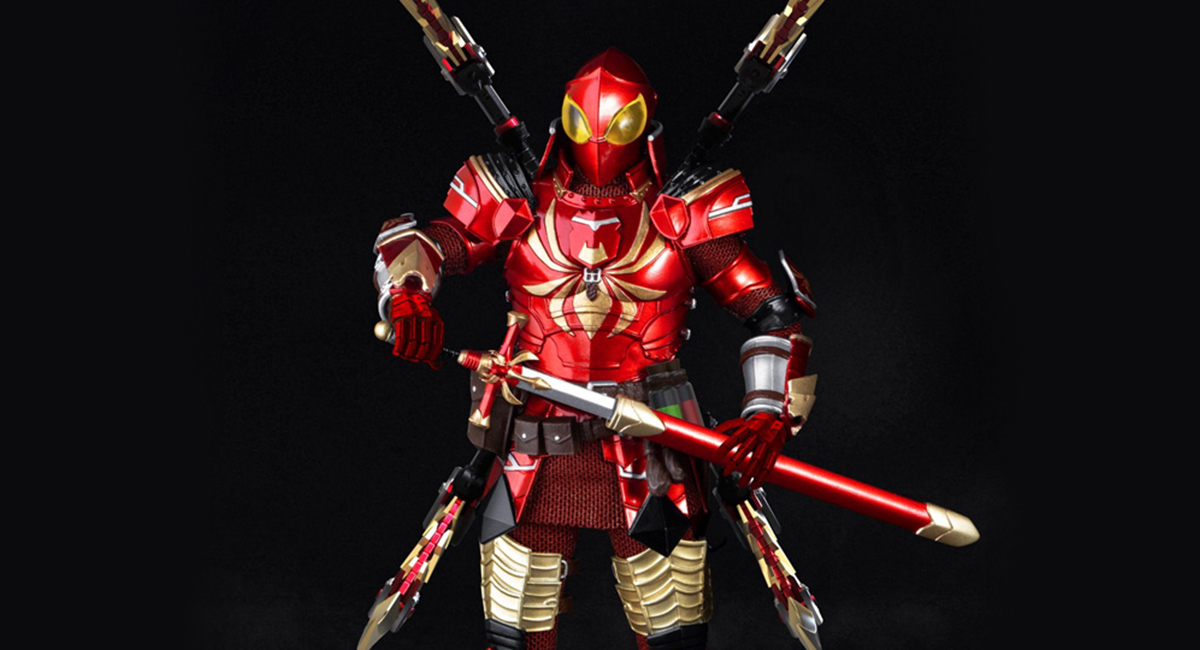 The DAH (Dynamic 8action Heroes) series is back with the launch of an exciting cross-over from the pantheons of ancient times. Featuring a 1:9 scale DAH body, classic SpiderMan is now fused with the body of a noble Medieval Knight! The one of a kind design incorporates multi-layered, dazzling red and gold armor featuring elements such as Spiderman’s classic red and his spider logo printed in gold on the chestplate. Included are accessories such as detachable spider claws, which can be assembled into a double, or single edged sword. The head sculpt includes LED-lights in the eyes, and beneath the armor, the figure is equipped with red chain mail for the ultimate in protection. Included in the set are also the Spiderman rope launcher, and an energy ball.