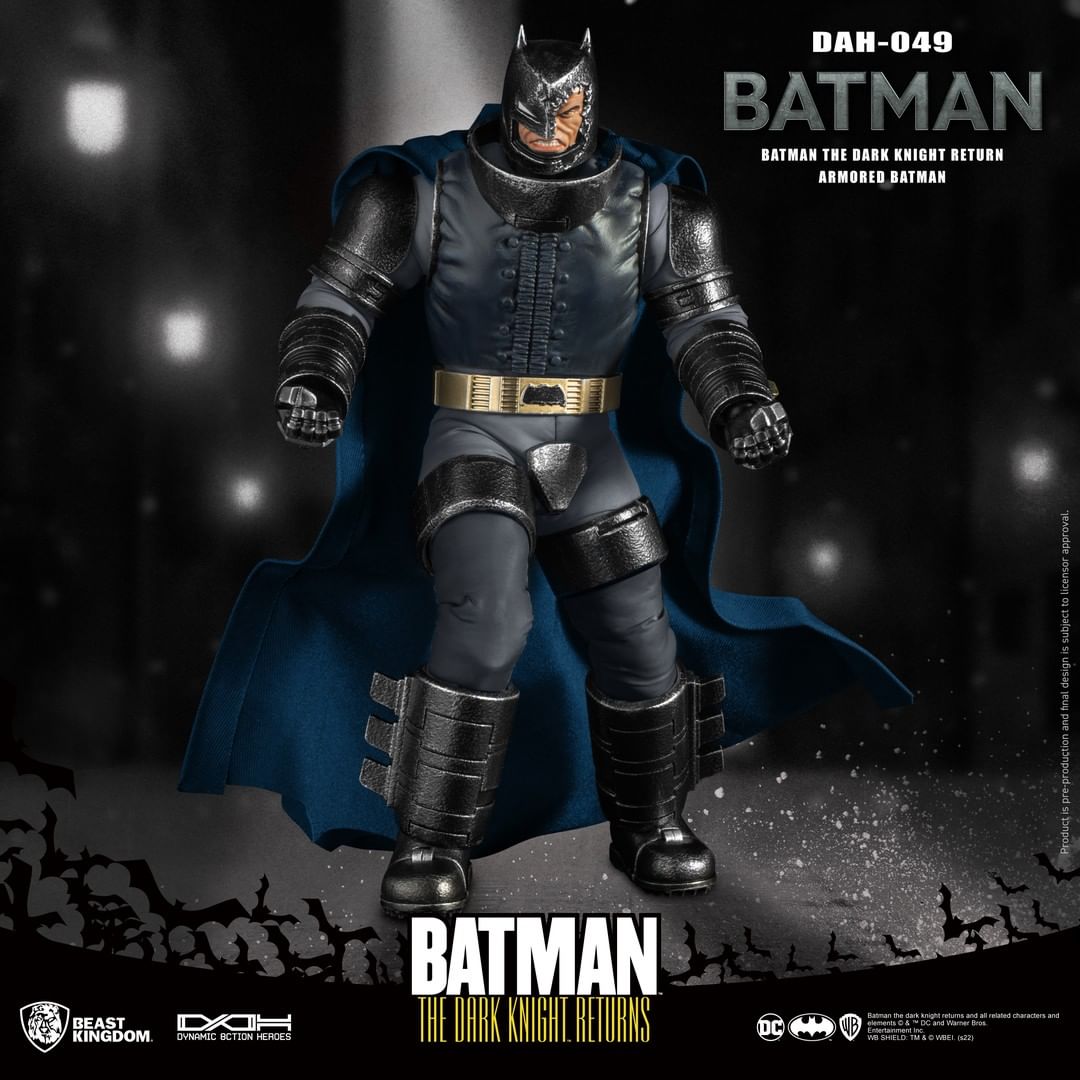 Frank Miller’s classic Dark Knight returns was a graphic novel unlike anything seen before it! Winning immense praise and turning into a celebrated pop cultural phenomena, it follows the story of an older Batman as he comes out of a ten year retirement to save his beloved city!
As determined and head strong as ever, the older, grizzled Batman uses all his immense wealth to build an armored suit, ready for his return to the mean streets of Gotham City!

The DAH (Dynamic 8action Heroes) range is back with a bang with the release of the ‘Armored Batman’ from the Dark Knight Returns. The suit, which was built to protect an older Batman is a perfect fit for the DAH design of highly articulable action figures. Batman’s strong body is complimented by the modular like armor that sits on top. The set includes three exclusive head sculpts, with a full helmet, partially damaged helmet and a full Bruce Wayne head. Multiple replacement hands as well as a collection of weapons, including pulse gun and special effects complete the set.

This is due out late 2023 / early 2024 and can be preordered by using the link below.  Stay tuned for more releases by Beast Kingdom!