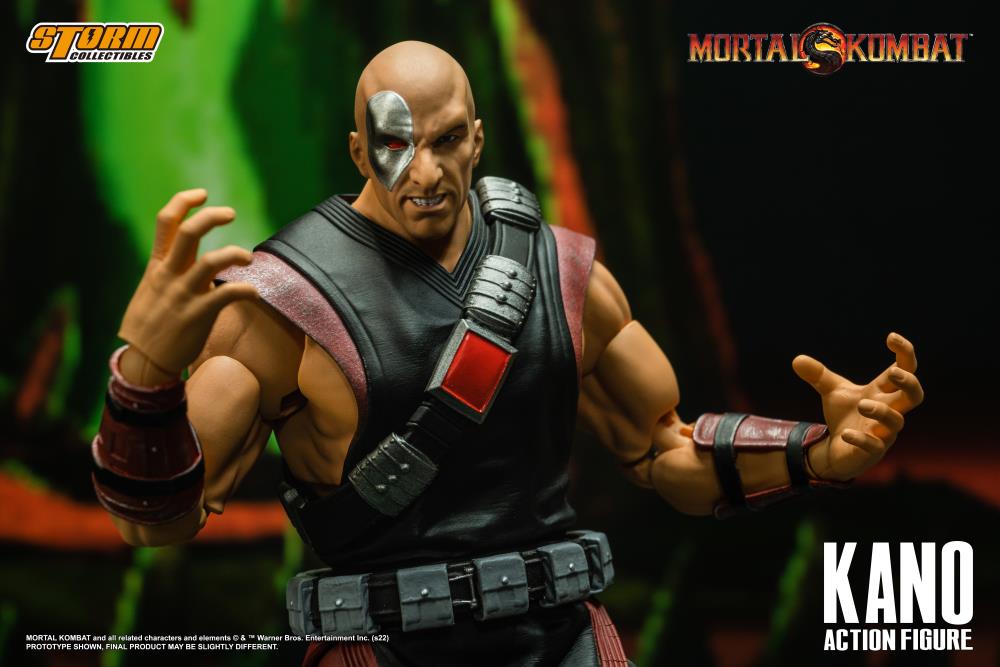 Storm Collectibles has announced the next release in their Mortal Kombat action figure line:  Kano.  Here’s details on this release along with a little backstory on Kano by Storm Collectibles:

Undisciplined and dangerous, Kano is a thug for hire. From weapons dealing to cold-blooded murder, his military training has made him the go-to man for the Black Dragon. But when an operation went to hell and his face horribly mutilated, Kano’s crime spree was almost ended. Ever the survivor, he used his underworld connections to find a cyberneticist capable of repairing the damage. Kano was fitted with several high-tech enhancements, most notably his eye laser, With these new weapons, Kano’s reign of terror has only just begun.

Included with Kano are:

This new Mortal Kombat action figure is set to release first quarter 2023 and is exclusive to Big Bad Toy Store.  Click here to preorder today for 79.99!