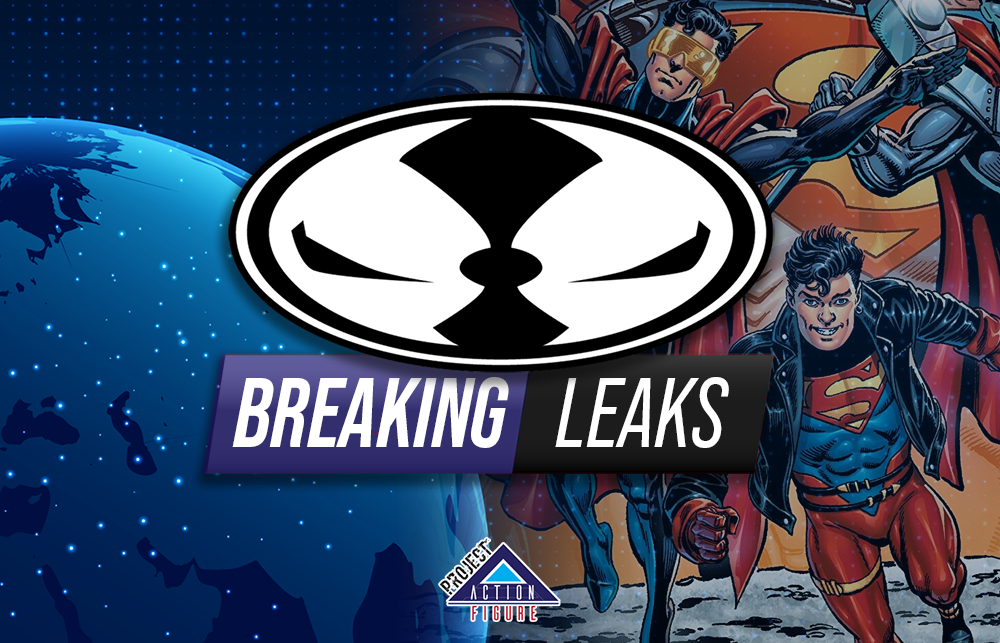 What better way to start the week than checking down some new leaks!

“Knightfall” Catwoman: With both Bane and Jean Paul’s Batman already out, it’s no surprise that there’s more on the way; Selina’s purple leotard and 90’s mane of hair is such a classic and iconic look, that I couldn’t be happier that she’s next. And who knows, we may end up getting the whole DC Direct wave re-do, with Nightwing and even KnightsEnd Tengu Batman? Sign me in.

The Signal: We already have a Dark Metal version of Duke, so why not go with his “almost, yet not Robin-esque” persona too? The love for this character and costume design was very 50/50 among comic fans, but it’s certainly flashy enough to strike Todd’s liking for different and “cool” suits. Who knows, it may end up looking great.

Mr. Freeze: This is one I know will make A LOT of fans happy, they’ve been waiting for ages for a proper Victor Fries release (I’ve seen tons of amazing custom works trying to fill the void), and now all we need to wait is to find out which version McFarlane is going to turn into a figure… I wouldn’t be surprised if it is the Capullo-inspired take from DC Rebirth, given his bromance with him.

“Golden Age” Jay Garrick’s The Flash: This one is kind of a surprise since the classics haven’t gotten much love, but since we have no real details on most of these leaks, it could turn out to be that we’re getting a Super Powers version of him, rather than a DC Multiverse one. As I often say, let’s wait and see.

Eradicator/The Last Son of Krypton: Are we getting a DC Rebirth version of this character, or Todd is jumping into the Death of Superman 30th Anniversary wagon? I for one, know that our very own TGreco has been dying to get this wave made.

Superboy (Kon-El): The case for the DoS wave gets even stronger with this one, with the punkiest Supes clone of them all, Conner Kent. But then again, this particular look has been brought back recently in the DC Rebirth era. I do believe that no matter which version it turns out to be, he’ll look friggin amazing. “Red Rain/DC vs Vampires” Batman: There’s not much clarity about this one if it is two separate figures or not, but since DC vs Vampires is an ongoing maxiseries that I don’t want to spoil for the readers, I won’t go any further for now, other than thinking it’s probably just Red Rain.

“Kingdom Come” Batman: Any design by the incredible Alex Ross is worthy of a figure, and although his take on an elder Bruce Wayne has already been made spectacularly by DC Direct, we’ve seen recently (with the Blackest Night wave) that McFarlane can make a release great and different enough to have them both coexist in our shelves.

Element X Batman: It’s been a while since we’ve heard anything about this one… it was actually one of the first leaks of 2022 along WW and Superman versions, and the designs are dope enough that I’m happy to hear they haven’t been scrapped, hopefully, they’ll come full circle before the year ends.

“Batman: Hush” Blue Variant: We could see this a mile away, but it appears that a single release of the 2pack is coming, with his iconic blue and grey variant, and probably a less expressive face sculpt.

“DC Rebirth” Joker: We’ve seen this one before, but now there’s a second confirmation that it’s going to be a Mr. J from the Rebirth era… my bet is on a figure with a Joker War comic.

Radioactive Batman: There’s an Alfred as Batman figure comic soon guys, of course, no silly ideas are off the table, much less if it’s something as easy as having a regular Batman with a cowl repaint; long story short… the Mad Hatter sprays Bats with a radioactive compound that dyes his mask PINK! Believe it or not, this look is wildly popular among retro fans, so yeah, it’s happening.

“Batman ’66 Comic” Two-Face: This is a strange one. Turns out that the writers of the show always thought that Harvey was too dark of a character to be part of the live-action cast, but they eventually decided to add him (allegedly, Clint Eastwood was going to play him!) only to be canceled before the new season could start shooting. He does appear in both the comic continuation and an animated movie, so it seems they are looking at those sources to expand the line.

As always, the final info on these can change, but it’s mostly a bit of clarity on almost confirmed releases. And of course, thanks to the awesome sources for their info: Alex Chen, brodepot.ph, and Shi Bai.