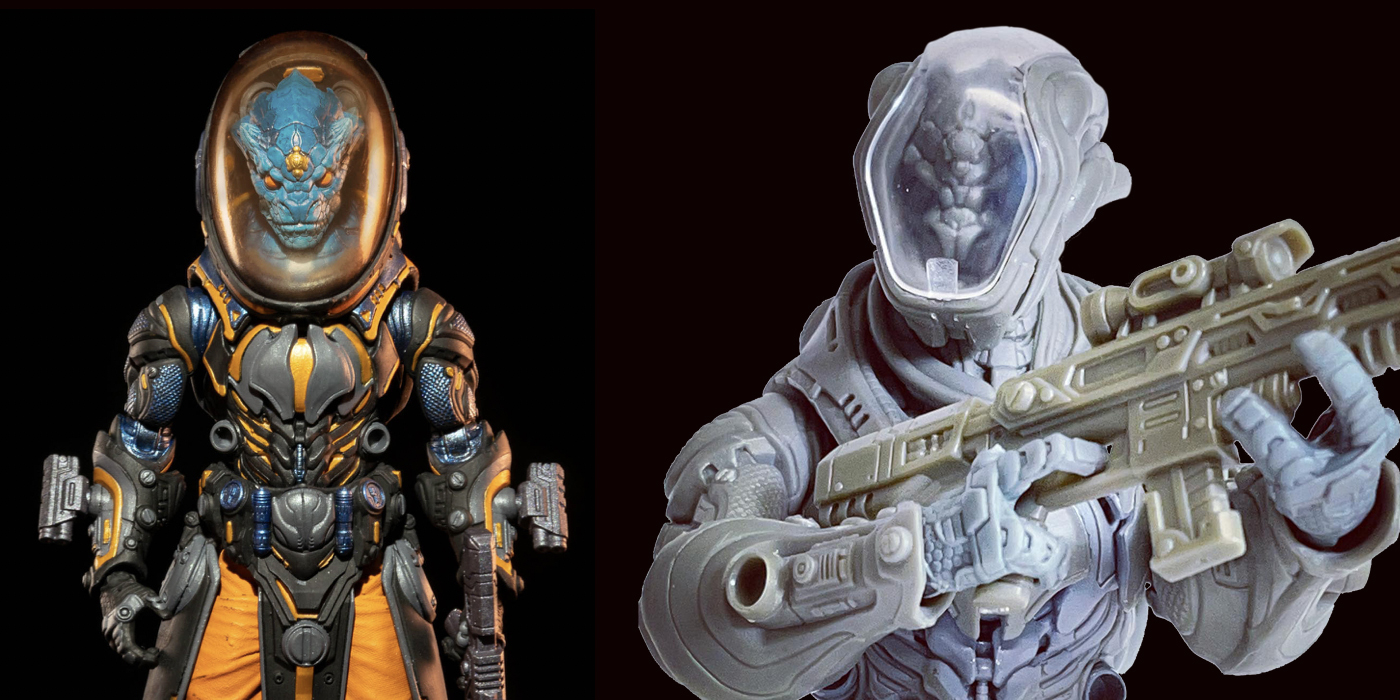 The Four Horsemen recently brought test shots to PowerCon for their upcoming Cosmic Legions action figure line.  Since then, they’ve been sharing nice, clear images of each along with some information on the character.  Here’s what they have to say about Olek Thygar, a member of the GraveRing affiliation.
There are actually two Thygar figures in that first Cosmic wave – one which is bare chested as he appears fighting in the Grave arena, and this deluxe version from when he is first taken to the Hvalkatar prison.
The pre-production process on Cosmic Legions: Hvalkatar, Book 1 is going great and we are already moving past the test shot phase and staring to see paint samples! More on those (and more test shots) soon!
Check out the images below at yet another amazing release in this highly anticipated line.  As always, stay tuned for ALOT more on everything Four Horsemen coming soon to PAF!