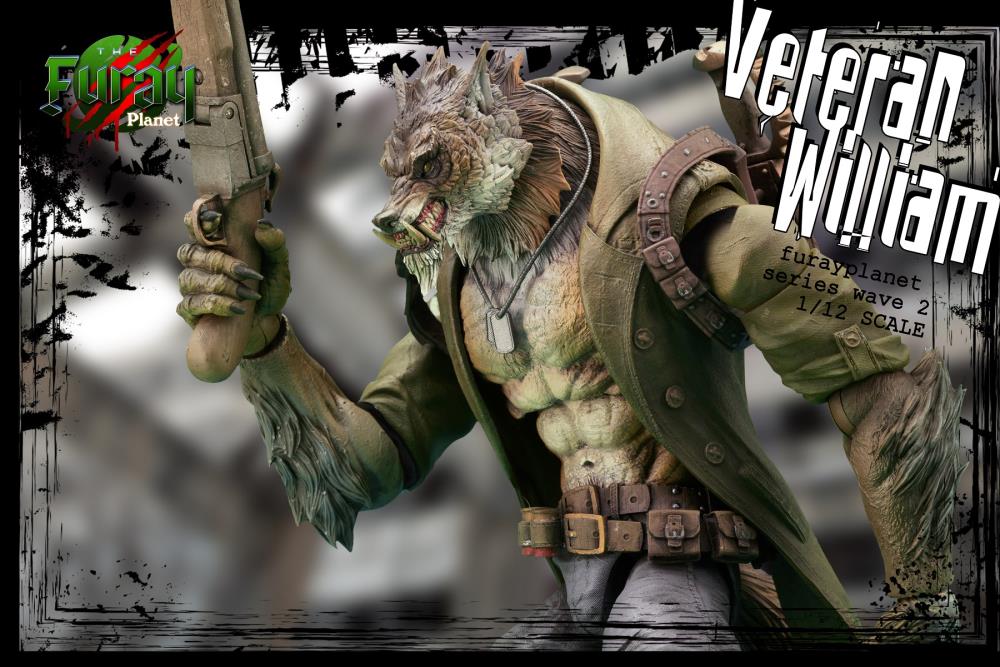 For those who remember the great looking preview of Crocker, the large Crocodile/Alligator that kicked off the FuRay Planet line by Maestro Union you will no doubt be looking forward to this news article.  Beyond the figure itself looking very solid, many in the TMNT communities begin planning Leatherhead customs while the Bat-Fans were lining up their future Killer Croc customs.  Regardless of why you were interested in the figure itself, I think it’s safe to say it caught many collectors off guard seemingly coming out of nowhere and kicking ass right out of the gate.  Now they have revealed the second character in this new universe, FuRay Planet.  Here’s the details from Maestro Union:

FuRay Planet is an imaginary planet full of anthropomorphic animals set in a modern society that features different countries and cities, with every character having their own jobs and roles to play. From this new world comes a series of 1/12 scale figures from Maestro Union. The figures feature mature designs, are highly detailed, and are highly articulated.

The second character in the series is Veteran William, who features 32 movable joints and three different looks – suit on, suit off, and berserk. The Figure also includes a variety of accessories and weapons to recreate your favorite scenes from the included mini comic!

Be sure to check out the huge image gallery below at yet another exciting release coming to the FuRay Planet.