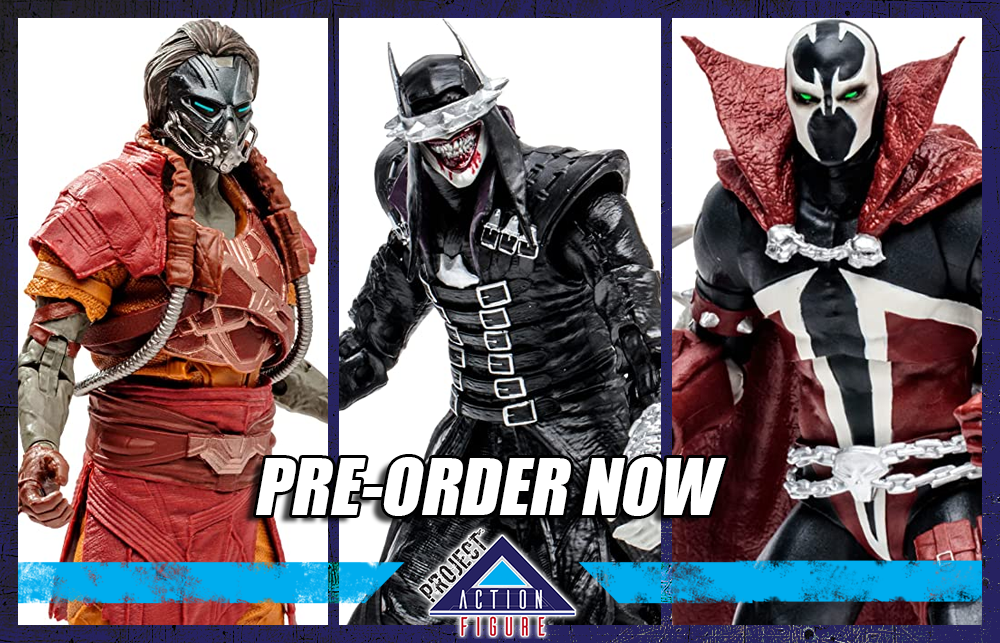 The drops keep coming from McFarlane Toys, and this time they’re giving some new love to their MK11 license, as the previously leaked Wave 10 makes its way into our lives. I’m sure that I wasn’t alone here thinking… WHY? Do we actually need yet another BWL figure, that on top of that is actually a completely different character that’s just kinda cosplaying? Well, with these promo pics we can now say.. yes, absolutely. I’ve seen a lot of chatter on this drop and most people are loving him, and beyond that, considering it as the superior version, much like MK’s Joker, even above the DC Multiverse various options.

It’s in the fandom’s interest to point out that there are actually 3 more skins for MK characters that came out with the game: Catwoman, Killer Croc, and Darkseid… maybe we could be seeing them in the future? Just as with the previous figure, here’s yet another variant that actually is quite welcomed. Without having to pay exorbitant prices for the Kickstarter version or older McFarlane releases, this is probably your best take on a Classic looking Spawn so far, and even if it’s not perfect, it’s pretty close, including the cool chain accessories. I’m not going to comment on this one, it’s just part of the “lazy repaints” that we’re so used to by now, even more, when I feel it was a missed opportunity, having the chance to produce such cool skins like Dark Horse, Night Racer or the uber awesome Buzzing About!