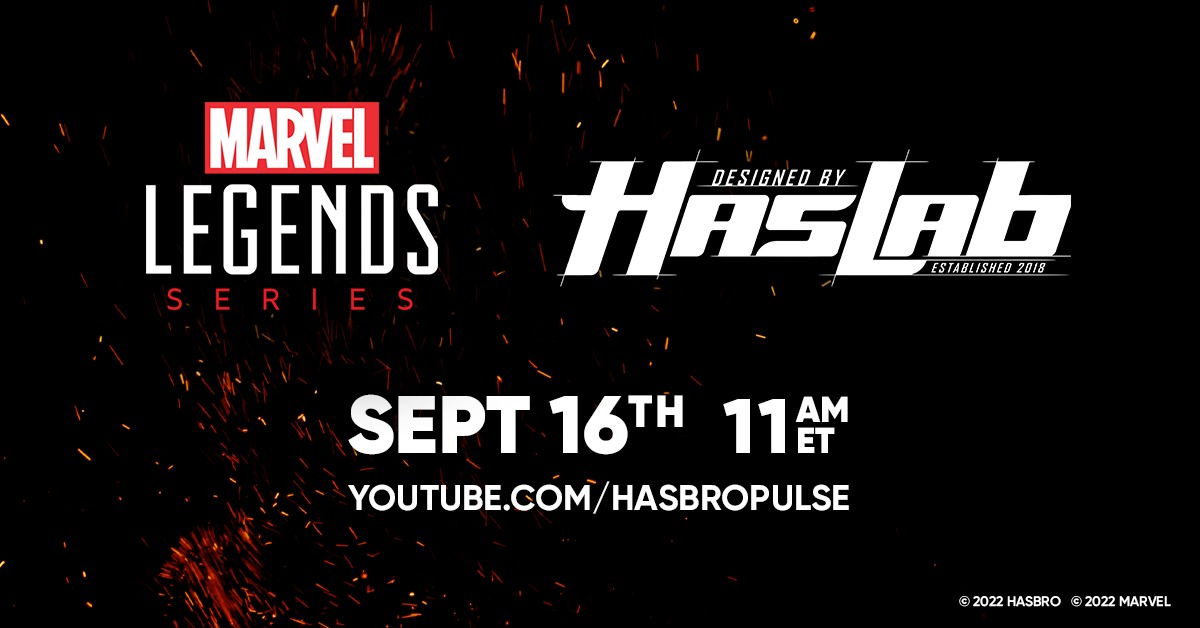 Hasbro has officially set the time and date.  On Friday, September 16 at 11:00 AM EST the Hasbro Marvel Legends team will take to the Hasbro Pulse YouTube channel to reveal a new, mysterious campaign (Ghost Rider).  We know their next project is Ghost Rider related as they teased it recently.  The tease was very, very vague though beyond the fact the it involves Ghost Rider.  The minds of collectors went wild after the announcement trying to decide what Ghost Rider release would be a HasLab campaign?  Are they making more than one Ghost Rider and their vehicle?  Is Robbie Reyes Charger making its debut in a premium form?  Or are they going all out die cast, lights, sound effects, etc with a Johnny Blaze on motorcycle?  Or….

Fire up your engines, MarvelLegends fans! The boys are coming in hot for a very special Fanstream to kick-off the newest Marvel Legends HasLab. Join Ryan, Dan, and Dwight on Friday, September 16th, at 11:00am ET on the HasbroPulse YouTube channel as they reveal their hottest HasLab campaign yet! You definitely don’t want to miss out!

We’ll see you there.