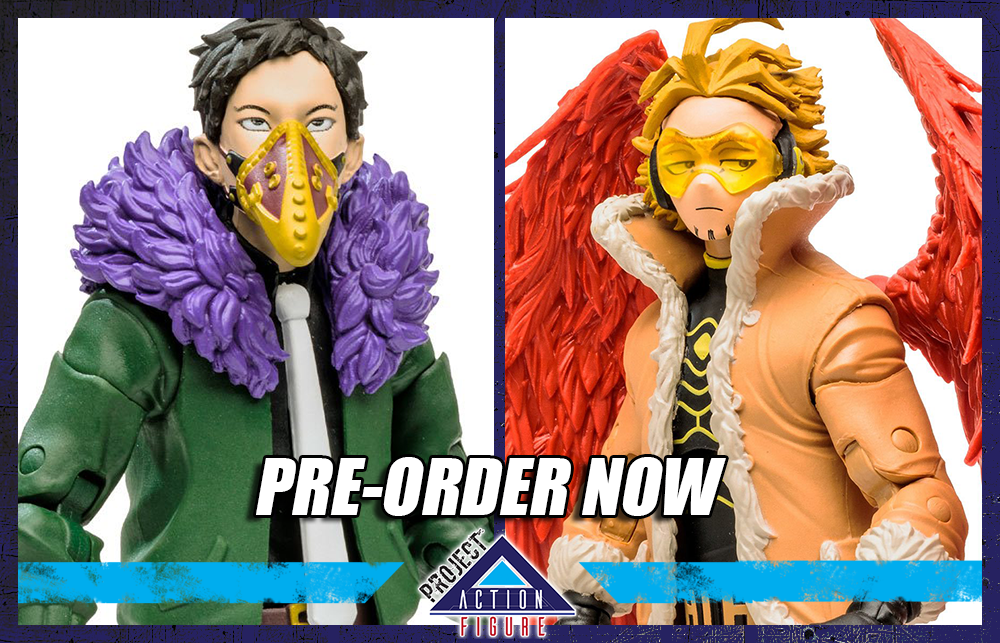 It’s been a while since McFarlane Toys gave some love to the anime fans, but with the release of the new season right around the corner, it’s about time that the My Hero Academia line gets back on track.

These two releases were announced quite a while ago – past February’s Winter Showcase to be precise!- so it’s great to see it won’t take long before they reach shelves. Grab them using any of the links below and keep on expanding your roster of heroes! The bad guys get some love, with the first release of Kai Chisaki in his villain attire, with a great sculpt overall and even though the design and paint app is quite basic, it just pops and works here. Keigo Takami lands his way into the collection, and he’s looking incredible with a sculpted set of wings and a properly done translucid visor that really makes me question why DC Multiverse’s Booster Gold or Kid Flash couldn’t get the same treatment!