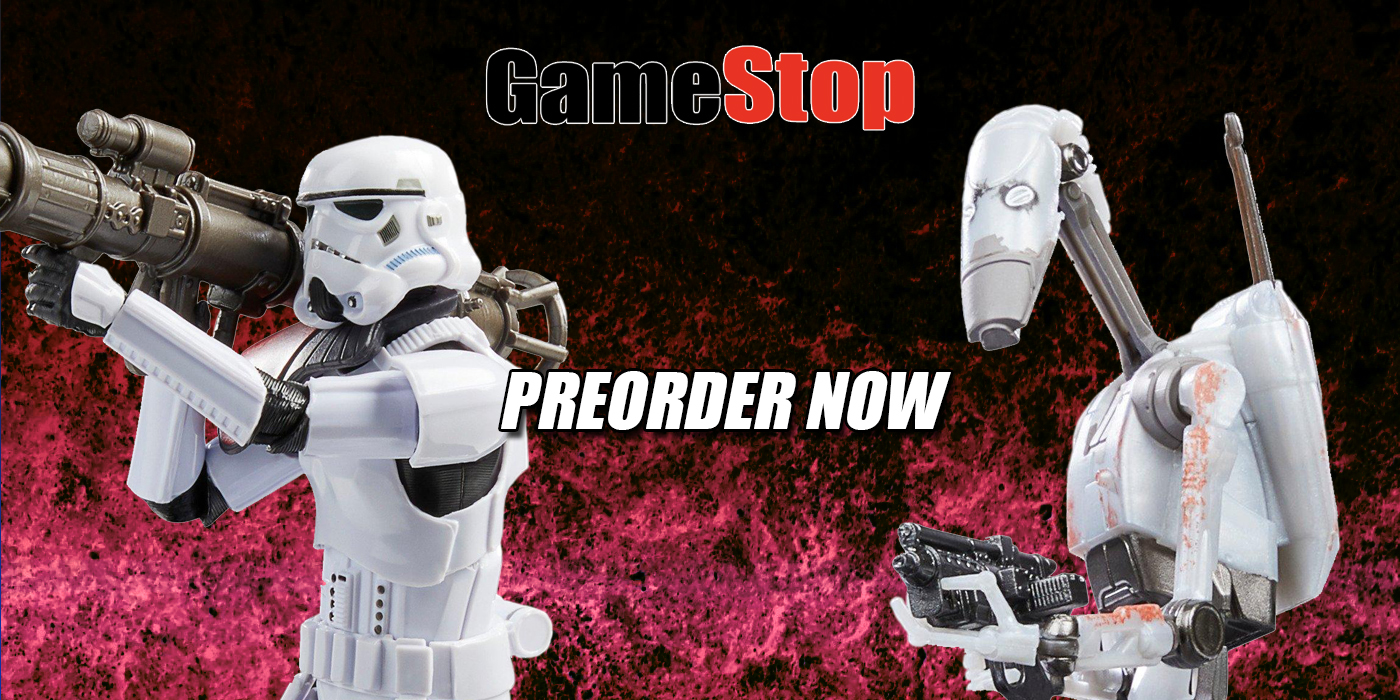 Gamestop has quietly been running their own online collector con known as CollectFest.  There are numerous deals to be found within this sale, from 25% off many in stock action figures and 15% on select preorder action figures (pro members only!).  Beyond these pretty great sales, CollectFest has been revealing some new, Gamestop exclusive items.  And of course, there are some action figures involved, or this article wouldn’t exist.

This collectible 6-inch-scale Black Series figure is detailed to look like a Battle Droid from the Star Wars: Republic Commando video game, featuring premium detail and multiple points of articulation as well as a unique weathered look. Battle droids are no match for clone troopers or Jedi, but they weren’t designed to be smart–they were designed to overwhelm Republic civilians through sheer numbers, something they do very effectively.