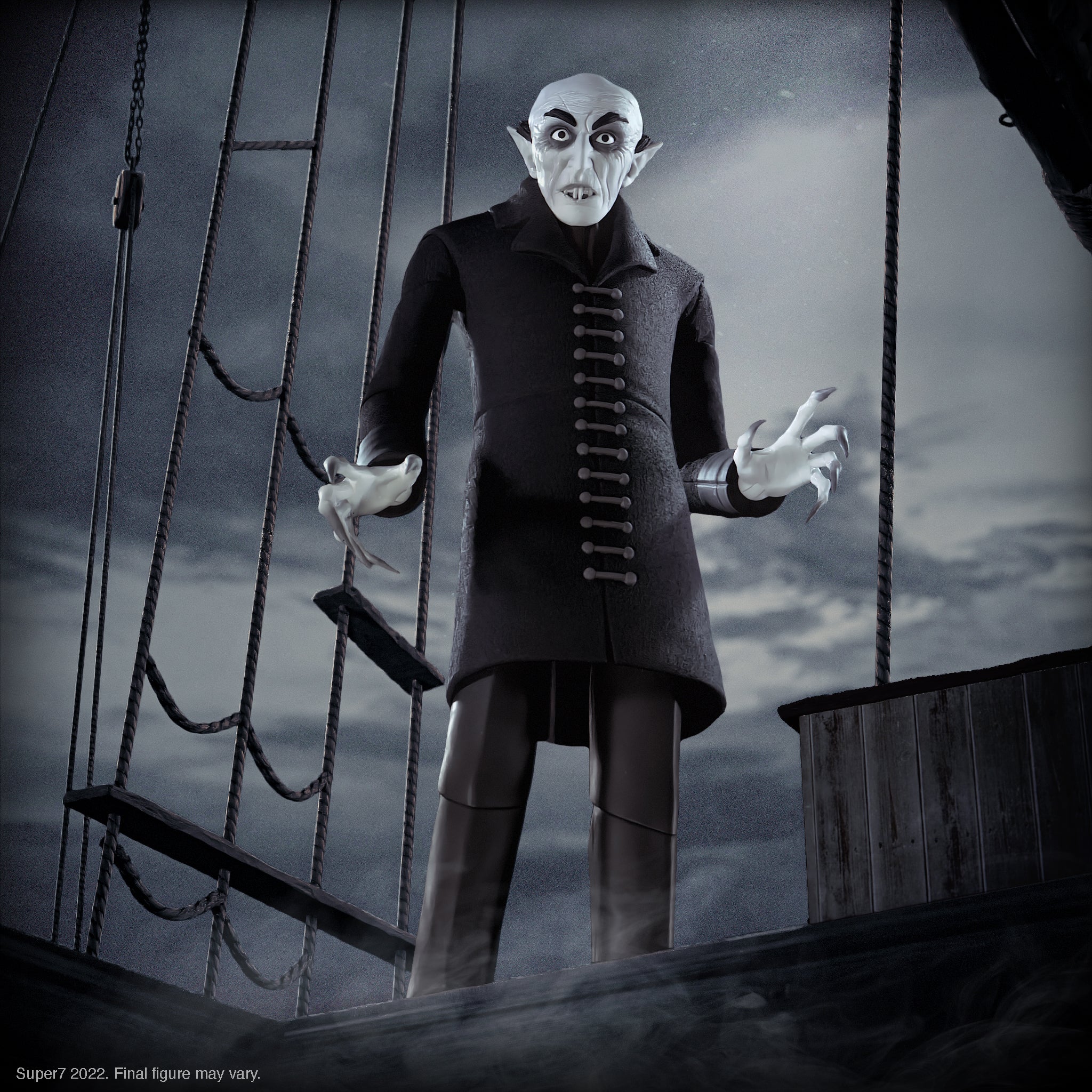 Super7’s premium action figure line Ultimates! continues to grow with the introduction of a new series:  Classic Monsters.  The first two releases are Metaluna Mutant and Nosferatu and are expected to ship late summer 2023.  Like all Ultimates! these are made to order with the preorder window to order direct from Super7 starting today.  Here’s a closer look at each:

It’s been 100 years since the classic horror film Nosferatu was released and Count Orlok looks none the worse for wear, which is to say, still super creepy! Super7 is proud to introduce the 7” scale Nosferatu ULTIMATES! figure of the ageless vampire Count Orlok, icon of early cinema horror! Intricately sculpted with multiple interchangeable hands and heads, the haunting nature of the character is brought to life in this highly articulated, made-to-order figure! Slake your unquenchable thirst for classic horror nostalgia with the Nosferatu ULTIMATES! figure of the character that brought vampires out of the literary realm and onto the silver screen!

The Zagons have destroyed Metaluna and only one of their Mutant worker drones has managed to escape fiery death! This 7” scale highly articulated Metaluna Mutant ULTIMATES! figure is inspired by its appearance in the movie This Island Earth and includes an interchangeable head and extra pair of hands. Don’t let the opportunity to get the made-to-order Metaluna Mutant ULTIMATES! figure escape your grasp!