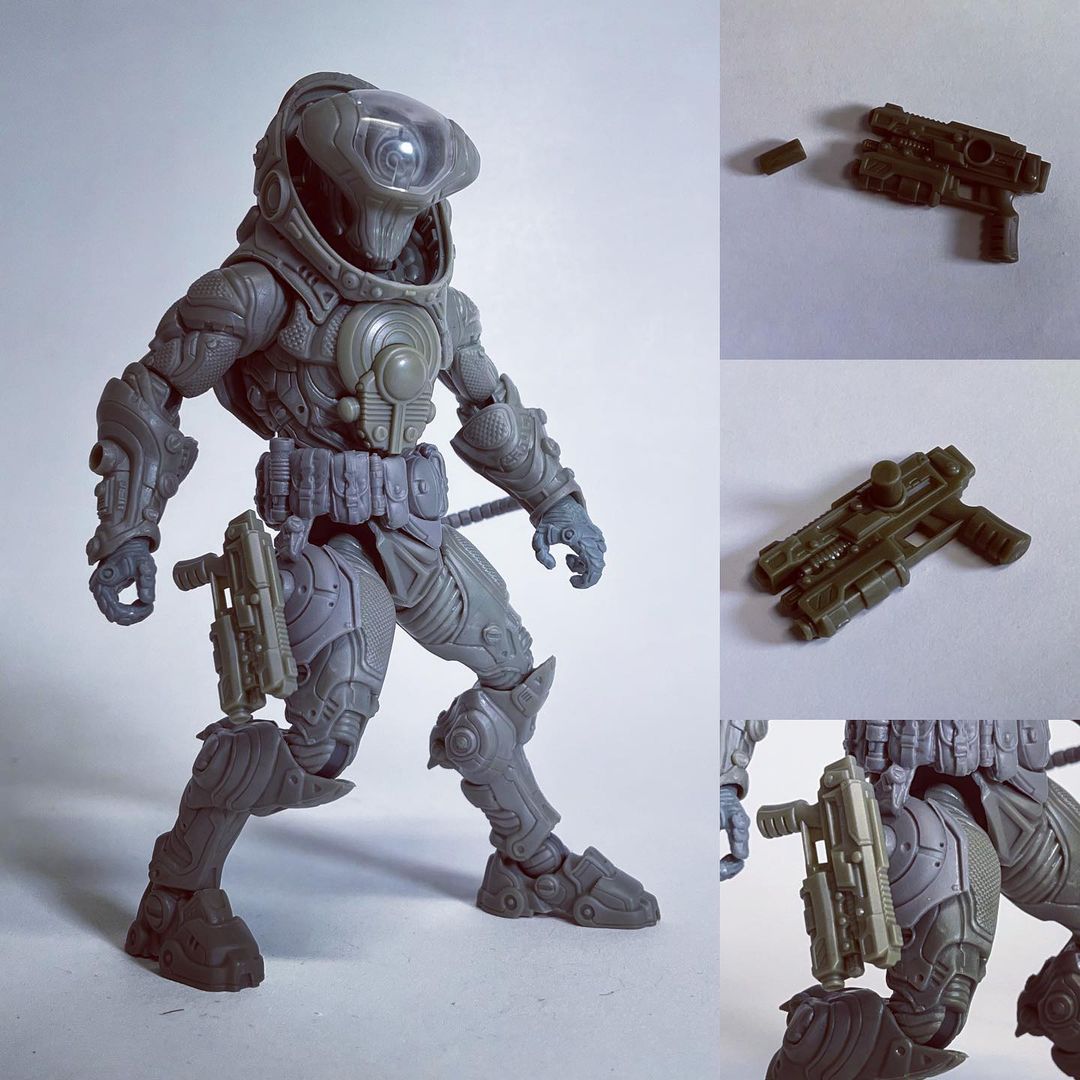 Cosmic Legions figures will include a “peg system” for many of the weapons and accessories. These pegs will allow you to plug the weapons into various ports in the armor, as shown here in these images. Don’t want the peg sticking out of the blaster when it is in the figure’s hand? No problem, those pegs easily pop out so you can display your figures and their weapons without them.

The photos here show a T.U.5.C.C Science Officer test shot along with an example of one of these blaster weapons.