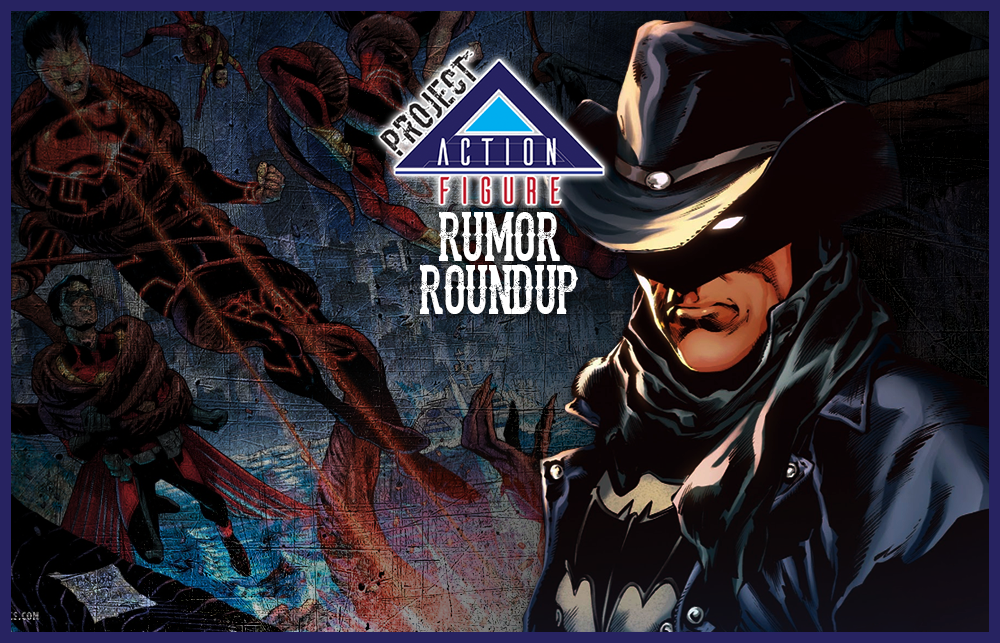 As the year nears an end, we can look back at one of the most prolific years that McFarlane Toys has had with the DC franchise -we’re already working on some statistics we’ll be sharing with you, and they are mental!- expanding not only the roster of characters but also putting out some new lines and concepts for all kinds of collectors.

AND YET the internet is abuzz with some wild rumors that there’s still a lot to come, and most of them sound so good, that we’re dying to see them become a reality and be able to put that kind of releases on our shelves.

Take them with a grain of salt, but let’s take a look at what “allegedly” is coming out in the near future: Some of these rumors sound almost like wishful thinking from the craziest of collectors (of course we’re talking about that supposed Batmobile and Batwing on scale with the 7″ figures), but we’ve already seen Uncle Todd testing some unbelievable stuff and surprising us; I hope that we get some official news soon on them, so we can start saving like crazy, but it’s likely that with all the delays that the movie has gotten, we’ll have to wait until the first quarter of 2023 to have any official word on these potential releases. We’ve already seen little glimpses here and there about what (and who) to expect from this movie, so any rumored figures related to them sound quite logical. Now if you were to tell me we will be getting a Mera fig too, I’d call absolute BS!

I’m optimistic we’ll have some announcements a couple of months in advance of the movie, to have the figures widely released on time, as it happened with Black Adam. One of the latest rumors to start floating around the web is a new BAF wave based on the Titans, with Raven’s daddy Trigon as the big collect-to-build figure. I’ve seen a lot of excitement about this one, but I would advise caution on the growing expectations.

I started doing my “detective-y” thing where I take a look at what’s been done, and which storylines Todd has used lately to take inspiration from, and I don’t think we’re going to get classic Teen Titans here, because he’s probably going to make the New 52, which made a huge disservice to the team back in 2013s.

When the New 52 initiative wiped clean the slate and Trigon was “reintroduced” the line-up of heroes with their odd new suits was the following: Red Robin (we already got him, could it be a reuse of that one?), Superboy, Wonder Girl, Kid Flash (Bart Torr), Solstice, Bunker… and some very, very different looking Raven and Beast Boy.

But hey, as always, I could be completely wrong and we could be getting good ol’ Titans here. We can always hope. The love that Todd has for this line keeps on showing, the boat, the manor… oh how I wish we could get this stuff adapted for the 7in scale, and you know… modern. Fans of the Retro are surely pampered. With a couple of months left to end 2022, let us place our bets on what comes this year to our shelves, what will have to wait, and maybe, just maybe… what other surprises may be waiting for us behind the scenes.