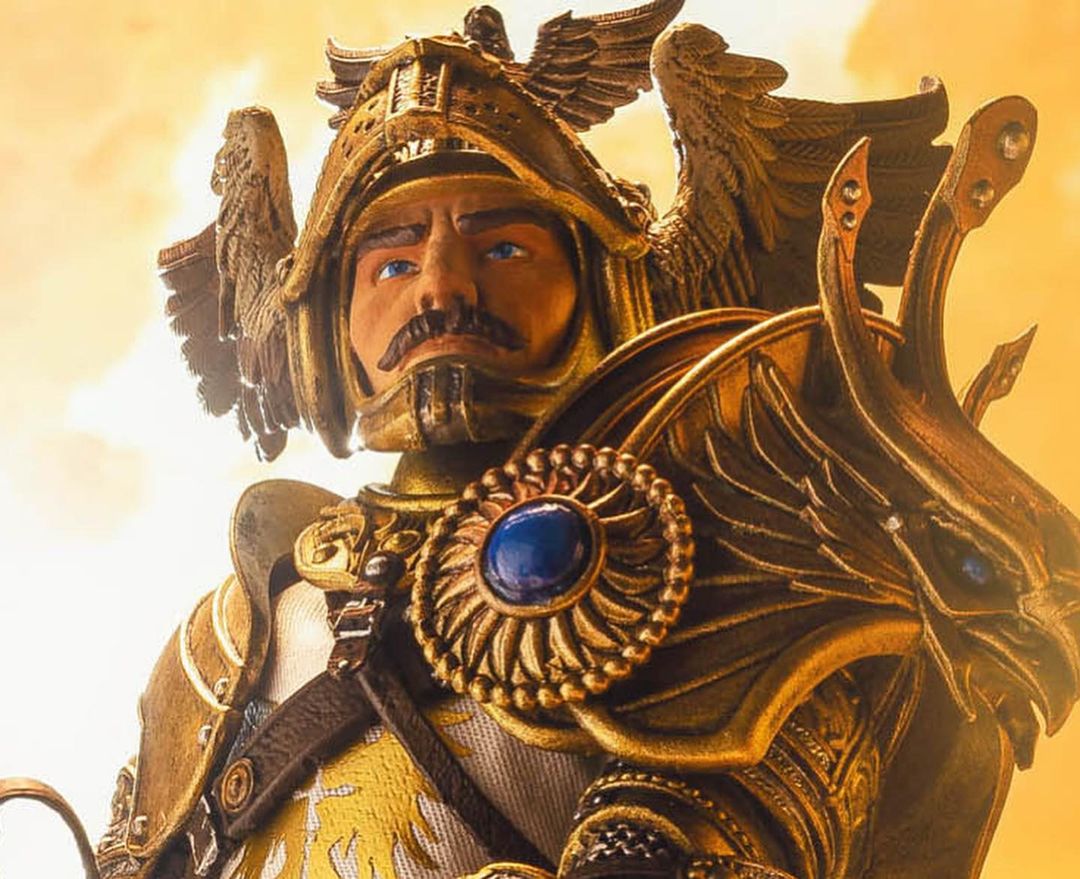 The Necronominus wave continue on with a new version of Sir Gideon Heavensbrand!

The dark days of the Order of Eathyron are now in the past thanks to the leadership of Sir Gideon Heavensbrand. A selfless man whose conviction and faith are unwavering, it is his example that is needed as the darkness of Necronominus returns and death itself walks once again in Mythoss. Sir Gideon’s faith shall be tested, yet it shall not break, even as the dead rise from their graves and stand against him on the field of battle. Leading an army of knights, Templars, mystics, and paladins, Sir Gideon and the Order of Eathyron march to meet the horrors of the Congregation, bringing the purifying light of the Crowned Eagle with them.

This is a standard figure which will be $37 (plus shipping and taxes where applicable). This new version of one of our line’s key characters is updated in every way! Not only does it feature the brand new knight body build we have created for this wave, but parts of this figure were sculpted specifically for the Order of Eathyron, including Sir Gideon’s pauldron, elbow, and knee armor! Sir Gideon Heavensbrand 2 features 2 heads – one helmeted head with a flip-up visor and one unhelmeted head. He has a soft goods tunic and brand new weapons, including the Order of Eathyron sigil shield and a new Heavensbrand sword complete with sheath! Sir Gideon Heavensbrand 2 really shows our vision for what an updated version of one of our older characters should be!

Sir Gideon will go up for preorder, along with the rest of the figures in this wave, on 11/04/22 at 4pm EST at www.StoreHorsemen.com.