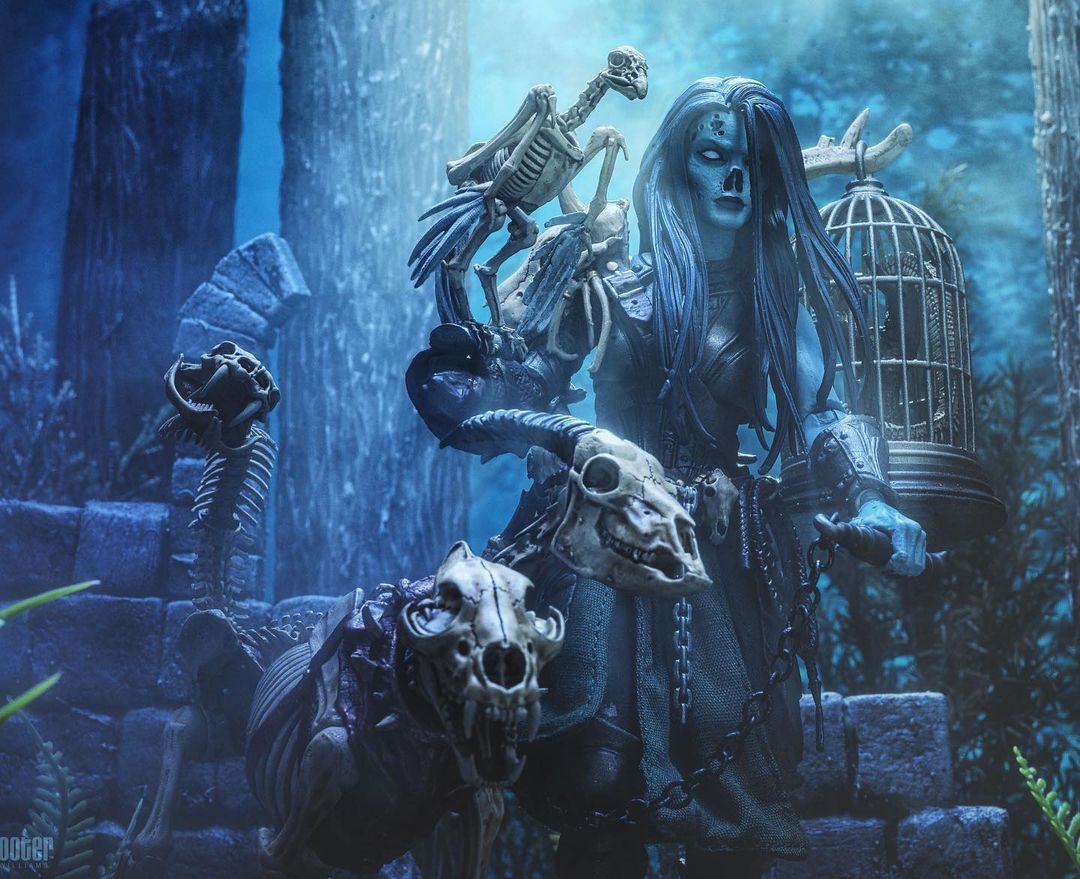 The fourth reveal is a deluxe figure of the ghoulish child of Necronominus: Belualyth the beastmaster with undead creatures.  Another must-see!

When Necronominus was recalled to Mythoss, he did not return alone. Loyal acolytes of the Lord of Death who had been banished with him after the First Great War returned as well, including the ghoulish child of Necronominus named Belualyth. A beastmaster who commands a skeletal chimera, the legion of Turpiculi, as well as other unnatural monsters that have not been seen in Mythoss since the First Age, she resumes her role as one of the generals in her father’s undead army.

This is a deluxe figure which will be $50 (plus shipping and taxes where applicable). As a beastmaster, this Child of Necronominus comes with a menagerie of undead creatures, including the skeletal chimera she leads on a chain! Belualyth also includes a skeleton bird on her arm and a caged skeletal serpent that hangs off her back! She also includes a pair of heads as well as multiple hand options as part of this deluxe figure set!

Belualyth will go up for preorder, along with the rest of the figures in this wave, on 11/04/22 at 4pm EST at www.StoreHorsemen.com.