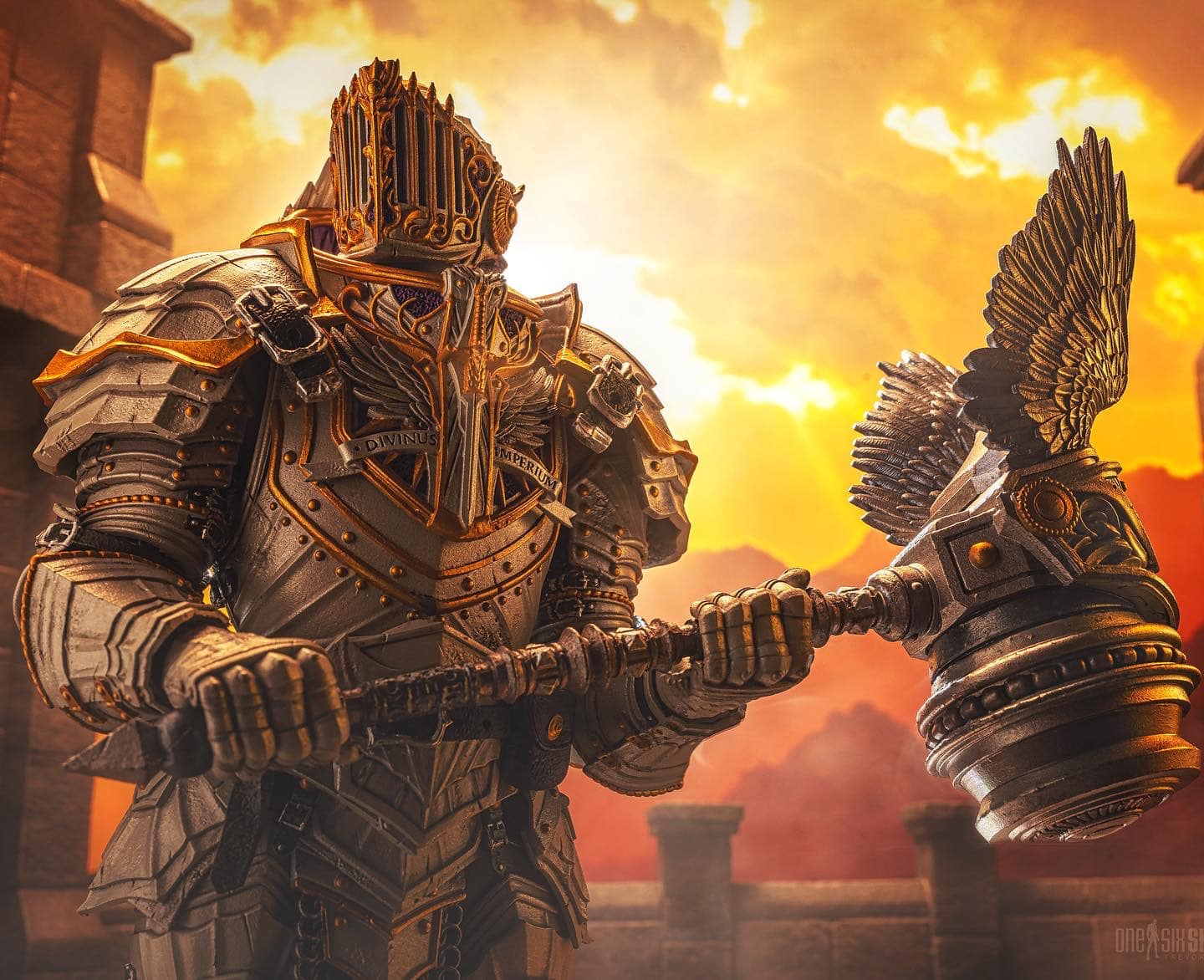 Next up, the Necronominus Wave gets an ogre-sized reveal: Sir Ucczjak.
Once as evil and savage as the rest of the Impure, the Ogre named Ucczajk was visited in his sleep by a vision of a golden bird wreathed in flames that cleansed rather than consumed. Waking from his dream, Ucczajk immediately made his way to Eathryoss. Seen as a threat and turned away, the Ogre found a simple hut in the mountains. Here he made his home, combing over prayer books left behind by a mystic who had found enlightenment many years prior. Travelers through the land told the strange tale of the remote hut and the devout Ogre who now prayed to Eathyron. These tales eventually made their way to Sir Gideon Heavensbrand, and the leader of the Order sought out the Ogre and bade him return with him to the Crowned City. Today, Sir Ucczajk is one of the most faithful, and most powerful, warriors fighting for the Legions of Light.
This is an ogre-scale figure which will be $65 (plus shipping and taxes where applicable). This massive figure features a wealth of new ogre-scale parts, all of which are compatible with our previously released ogre figures. The ornate look and incredible paint detailing on this figure’s armor, coupled with his massive hammer weapon, make this imposing new character a must have for Legions collections!
Sir Ucczjak will go up for preorder, along with the rest of the figures in this wave, on 11/04/22 at 4pm EST at www.StoreHorsemen.com.