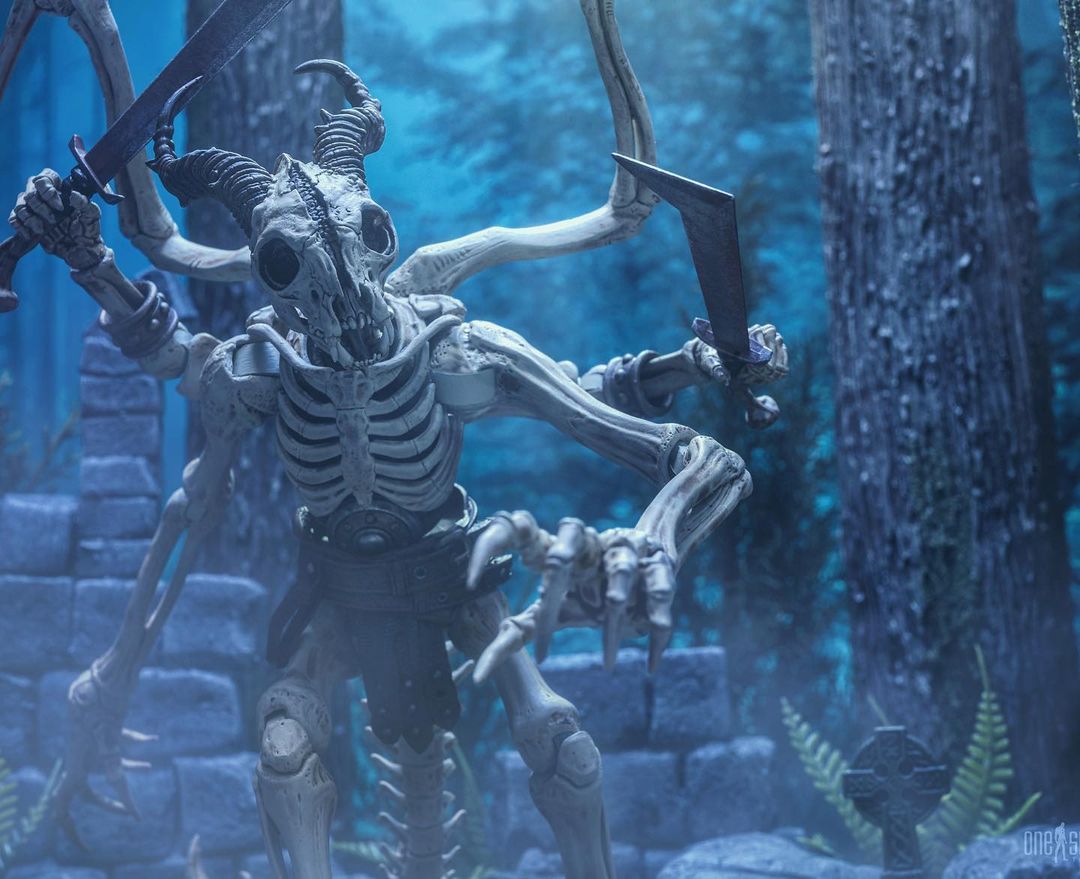 And just like that there were two!  Joining Sir Elijah is The Turpiculi.  This is a deluxe figure and is created by bone parts as you can see.  Another very cool design to look forward to!

The Dark Four were defeated by the Great Beasts and banished from the Realm of Mythoss. Powerful magic was used to imprison the Lord of Death, and those same spells sent many of the monstrosities that fought in his army away as well. Known as the Turpiculi, these long-forgotten terrors of the First Age come in a variety of forms, and all are horrible. The heroic warriors fighting for Mythoss today have never seen an enemy like a Turpiculus, and as the barrier between that Realm and the prison where Necronominus and his acolytes have waited begins to weaken, these rotting denizens of death stir and prepare to fight once again.

This is a deluxe figure which will be $45 (plus shipping and taxes where applicable). He features a head-to-toe new build of bone parts! The limbs can be swapped out and reconfigured, and the Turpiculi comes with 2 heads, allowing you to create a variety of looks for this undead monster!

The Turpiculi will go up for preorder, along with the rest of the figures in this wave, on 11/04/22 at 4pm EST at www.StoreHorsemen.com.