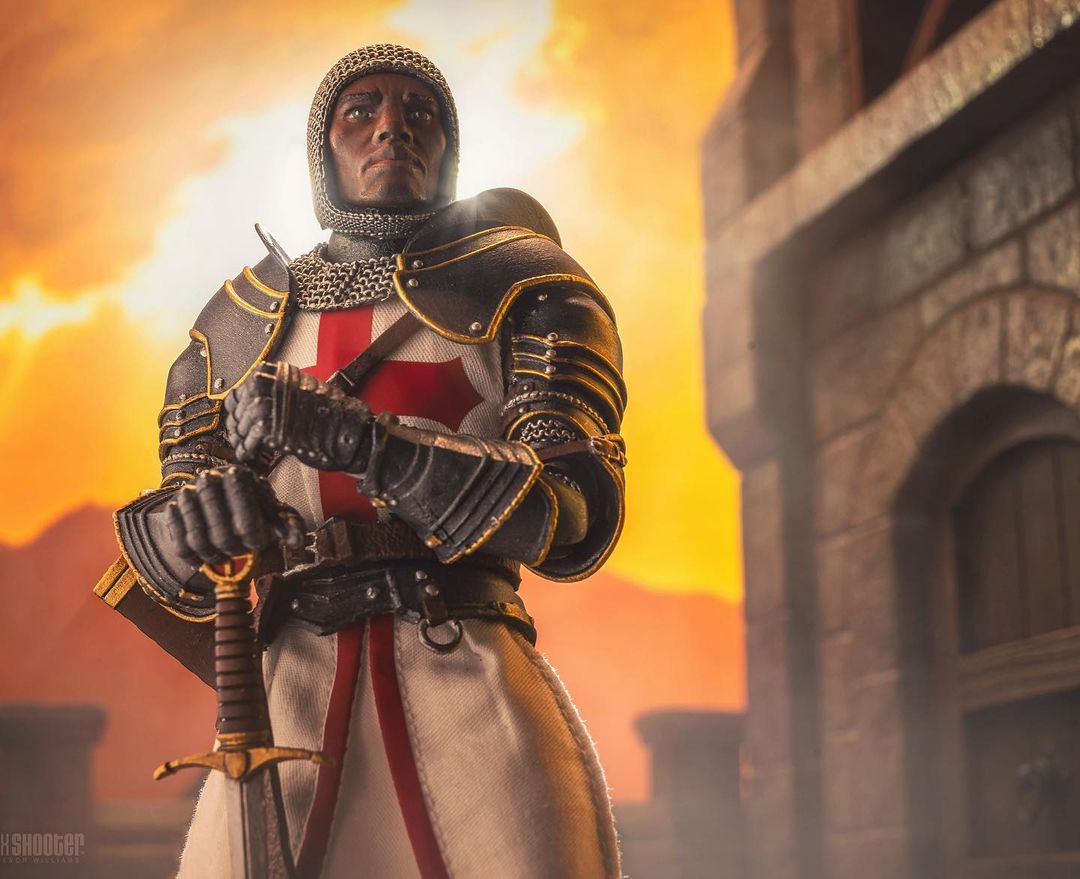 It’s that time again!  Time for a new wave of Mythic Legions with reveals starting today.  The next wave will be :  Mythic Legions: Necronominus.  The Four Horsemen have decided to kick things off with some information and an early look at the first reveal:  Sir Elijah.

Raised on a farm on the open plains of Eathyross, Sir Elijah grew up around horses and he became an equestrian whose skills were second to none. It is therefore no surprise that this young man was eventually recruited into the ranks of the Templar Emissaries. A sub-sect of the Templars of Eathryon, the Emissaries travel the Realm carrying important messages and items at the behest of their faction’s leadership. In addition to his skills as a rider, Sir Elijah is also fluent in a variety of tongues and more than capable of defending himself and the important messages he carries.

This is a standard figure which will be $37 (plus shipping and taxes where applicable). He features a head-to-toe new knight build with all new tooling, including both a helmeted head and an unhelmeted look! These new parts were specifically made to give this updated knight body an increased range of motion for posability while still retaining the look fans have come to love from Legions figures! Sir Elijah also includes a soft goods Templar tunic and an armory of brand new weapons making their debut in this wave!

Sir Elijah will go up for preorder, along with the rest of the figures in this wave, on 11/04/22 at 4pm EST at www.StoreHorsemen.com.