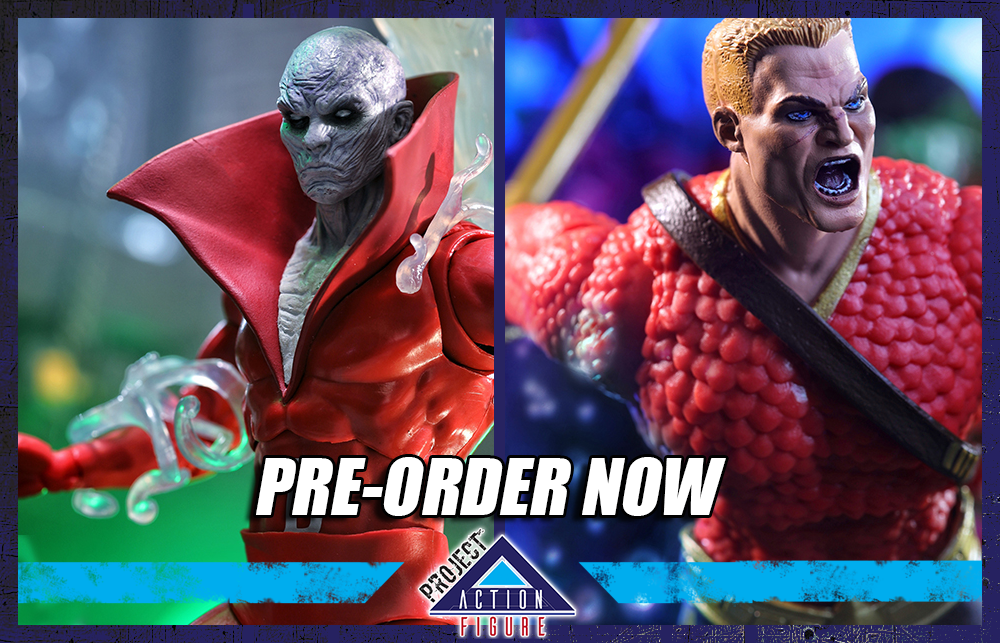 Officially announced a couple of weeks ago, today we have two new drops at Target’s site! Even though we don’t have an official release date, this is probably coming out by the end of the month or before x-mas. Here, Deadman is confirmed to be the DC Rebirth version… a bit irrelevant, since he has always looked the same, poor dead fella. Nevertheless, he’s looking amazing! And he comes with some wicked spectral effects. Up next, we have Aquaman… or actually Emperor Aquaman from the famous Flashpoint storyline, and if you joined us in guessing who was going to be the BAF figure and picked Cyborg, well here’s a Star(fish) for you, you were right!

Since this is the new Target exclusive wave that’s going to take most of 2023 to get done, a new guessing game begins to figure out which character those 3 other silhouettes represent, 2 look quite generic, but the third one definitely looks like it could be Wonder Woman!