It Was December 24th On Hollis Ave In The Dark 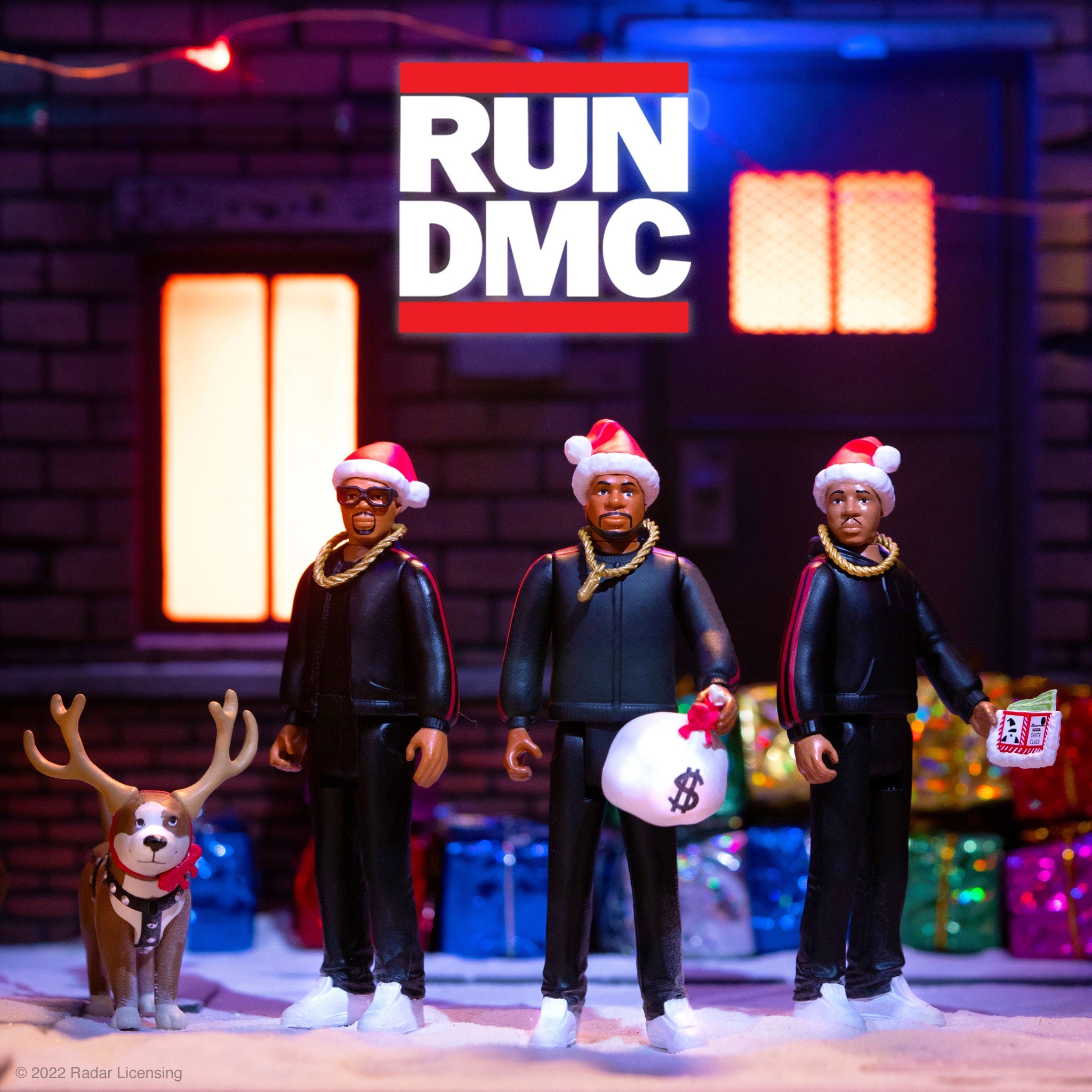 It’s almost that time of the year again and Super7 has a new set of ReAction figures available that will bring the 80’s back and include three pairs of Adidas.  Yes, it’s time for more Run D.M.C., this time featured as set based on their Christmas rap hit Christmas in Hollis.  For those confused, in the 1980’s music was usually released with a music video (hence the birth of MTV).  Give the official video for RUN D.M.C’s Christmas in Hollis a watch for some classic 80’s rap by the masters RUN D.M.C. and Jam Master Jay

Here are the details on this holiday box set including the Ill Reindeer by Super7:

The RUN DMC ReAction Figure Holiday 3-pack is here to deliver some of that holiday spirit from Hollis, Queens straight into your collection! Inspired by their hit song Christmas in Hollis, this festive box set features 3.75” scale figures of Joseph Simmons, Darryl McDaniels, and Jam Master Jay sporting tracksuits, Santa hats, and gold chains, with two microphones with gift bows, a sack of cash, Santa’s wallet, and an “ill reindeer” figure. Celebrate the season in the company of Hip-Hop royalty with the RUN DMC ReAction Figure Holiday 3-Pack!