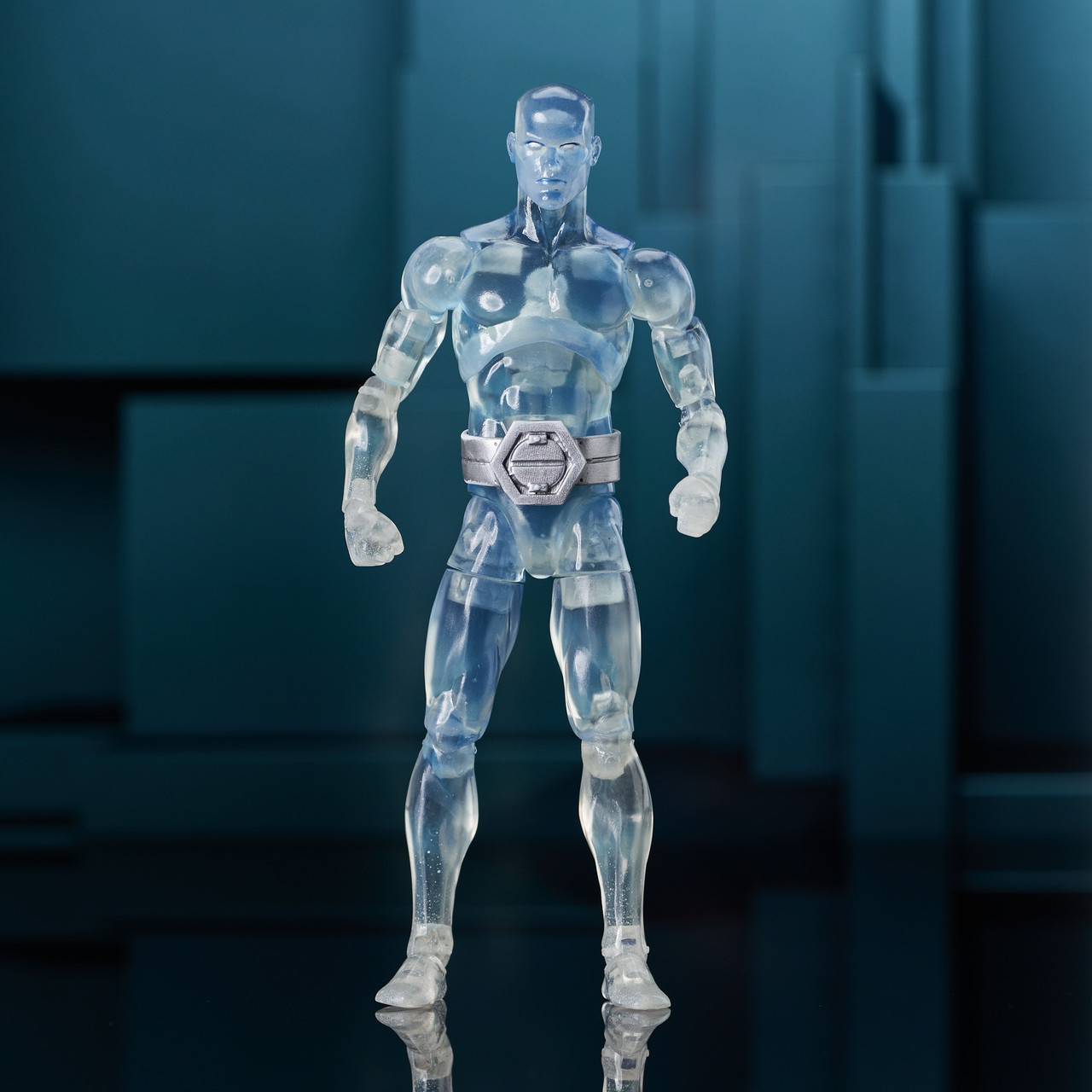 The new Diamond solicits have hit and a few new action figures in the Diamond Select brand are on the way.  Starting off is Iceman with his entry into the Marvel Select line.  Bobby Drake is due to release in June 2023, here’s the brief but official word on this action figure:

A Diamond Select Toys release! The coldest X-Man is now one of the coolest Marvel Select action figures ever! Cast in translucent plastic, this 7-inch figure of Bobby Drake, a.k.a. Iceman, is the newest entry in the Marvel Select line. In addition to an ice slide diorama base, this figure will include multiple interchangeable parts. It comes in display-ready Select action figure packaging. Designed by Eamon O’Donoghue, sculpted by May Thamtarana!

Looking at the promotional pictures, Bobby appears to come with two head sculpts and two belts.  And that doesn’t include the awesome ice base.