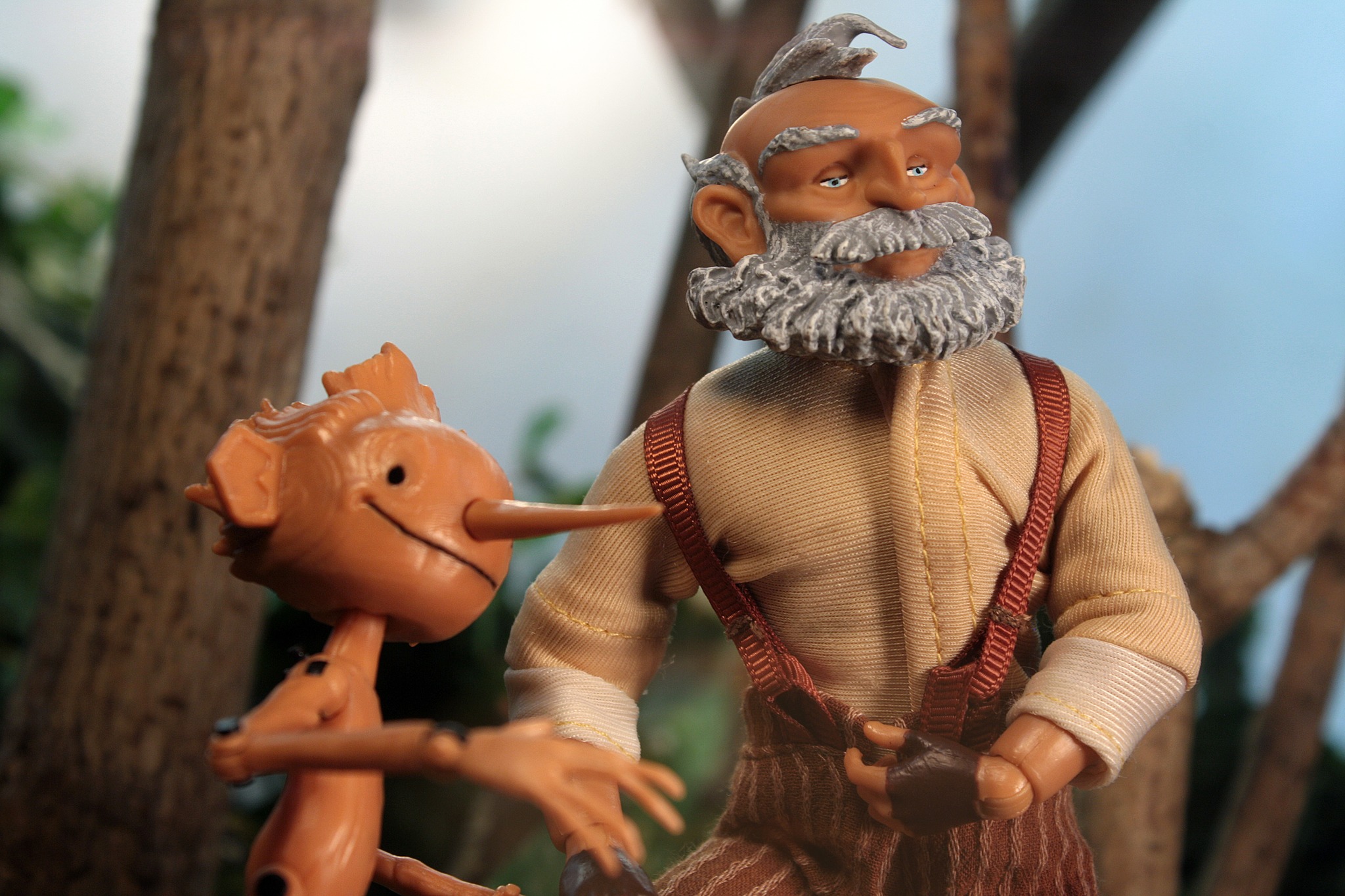 MEGO has revealed a cool box set to coincide with the release of the upcoming Pinocchio movie debut.  For those unfamiliar, this version of Pinocchio is by Guillermo Del Toro and will be available on Netflix along with select theaters on December 9th, 2022.  Here’s the information provided by MEGO on this Wal-Mart exclusive set:
From the masterful mind of Academy Award winning filmmaker Guillermo Del Toro, comes a darker and more wonderful tale of the classic wooden marionette brough to life to mend the grieving heart of a master woodcarver. According to Del Toro, “For me, Pinocchio and the Frankenstein monster are two sides of the same coin. They’re both creations by an uncaring father released into the world without much aid to figure it out.”
Mego is extremely proud to have worked with Del Toro and the Netflix team to create this one of a kind set which includes Geppetto, Pinocchio and Sebastian J. Cricket. This one of a kind collector’s set will be available when the movie releases on Netflix and at select theaters on December 9th at Walmart stores across the U.S
Here’s a really in-depth look at this box set thanks again to MEGO!