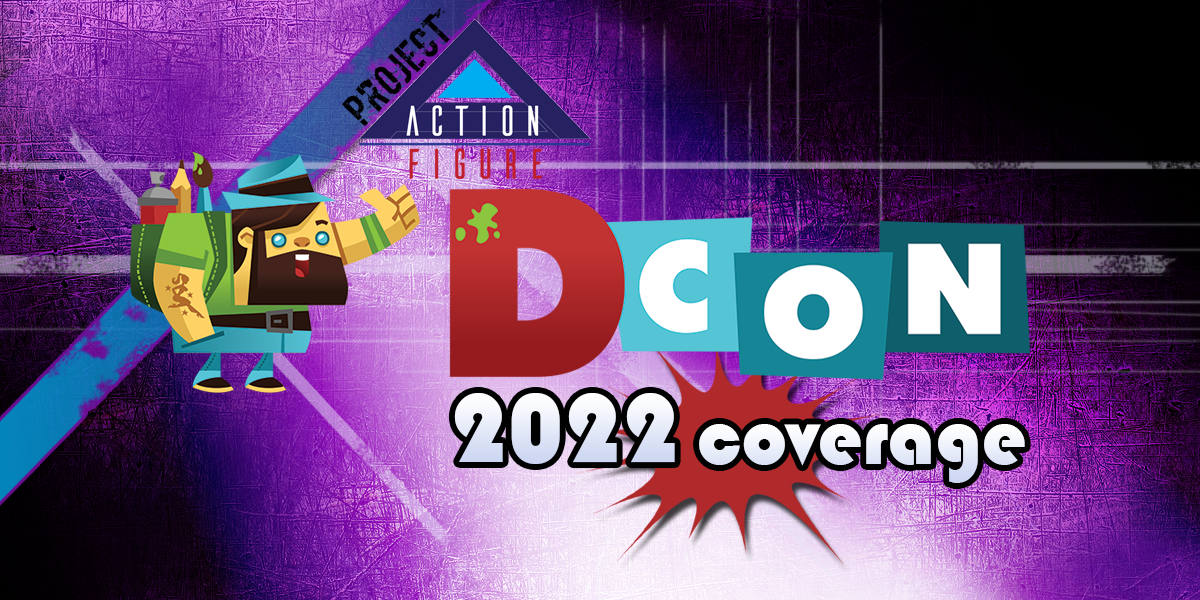 DesignerCon kicked off last night for VIP attendees and we had a spy infiltrate the event to bring you pictures straight from the show floor.  We’ll start things off with Super7.  With their roots deep into vinyl toys they were sure to attend and we all hoped for news on action figures as well.  And they have delivered.  A very nice selection of Ultimates are on display along with their 3.75 mega-line, ReAction.  Let’s take a look at the booth.

We’ll start off with a look at Battle and Captain Deadstar, both part of Super7’s original series The Worst, in their Ultimates packaged form.

Up next is a look at the first two waves of G.I. Joe Ultimates.  These are based on the look of the original G.I. Joe cartoon from the 1980’s.  Wave one consists of Duke, Snake Eyes, Cobra Commander, and a B.A.T. (seen in packaging).  Wave two contains Destro, Baroness, Flint, and Lady Jaye.  We should be seeing the first wave shipping soon and the second in March 2023.    Not pictured but worth mentioning is Wave three:  Storm Shadow, Cobra Trooper, Doc and Scarlett.

Up next is a display containing Teenage Mutant Ninja Turtles Ultimates along with a few others!  At the top are packaged pictures of the four glow-in-the-dark turtles and Foot Soldier.  Right below are prototypes of the recently revealed Wave nine:  Slam Dunkin’ Don, Flocked Splinter, Wingnut and Screwloose, Scumbug, and Zak, the Neutrino.  Moving down another shelf are the just announced King Conan and the Throne Of Aquilonia and a few prototypes including ODB.

Up next are the Thundercats!  While they didn’t have any new announcements for either brand a nice assortment of upcoming waves was still on display.  For the Thundercats, there are prototypes for Wave seven’s Mongor, Snarf, and Ratar-O along.  Wave six, with the original 80’s cartoon paint applications, was also on display and includes Lion-O, Cheetara, Mumm-Ra, and Monkian.  Also making an appearance are the two Thundercats Ultimates exclusives:  The Ghost of Jaga and Invisible Tygra.

Silverhawks sound off!  This line is based on the original cartoon and loaded with your favorites.  Wave one Mon*Star, Buzz-Saw, Quicksilver, and Steelheart.  Wave two continues on with Bluegrass, Steelheart, Windhammer, Mon*Star and his throne.  Not pictured are wave three:  Commander Stargazer, Mumbo Jumbo, Mo-Lec-U-Lar, and Hotwing.

Next up is a first look at Transformers Ultimates Wave two in package:  Grimlock, Tracks, Megatron, and Bludgeon.  Look at the size of that Grimlock…

It’s the Mighty Morphing Power Rangers turn with a look at Wave one:  Green Ranger, Yellow Ranger, Putty Patroller, Goldar, and Tyrannosaurus Dinozord due in January 2023.

And wrapping this booth tour up is a look at some new ReAction figures by Powell and Peralta along with the Acid Rain/The Worst collaboration.

That completes our look at Super7 from DesignerCon 2022.  Stay tuned for more as we receive more pictures this weekend to share with you all.