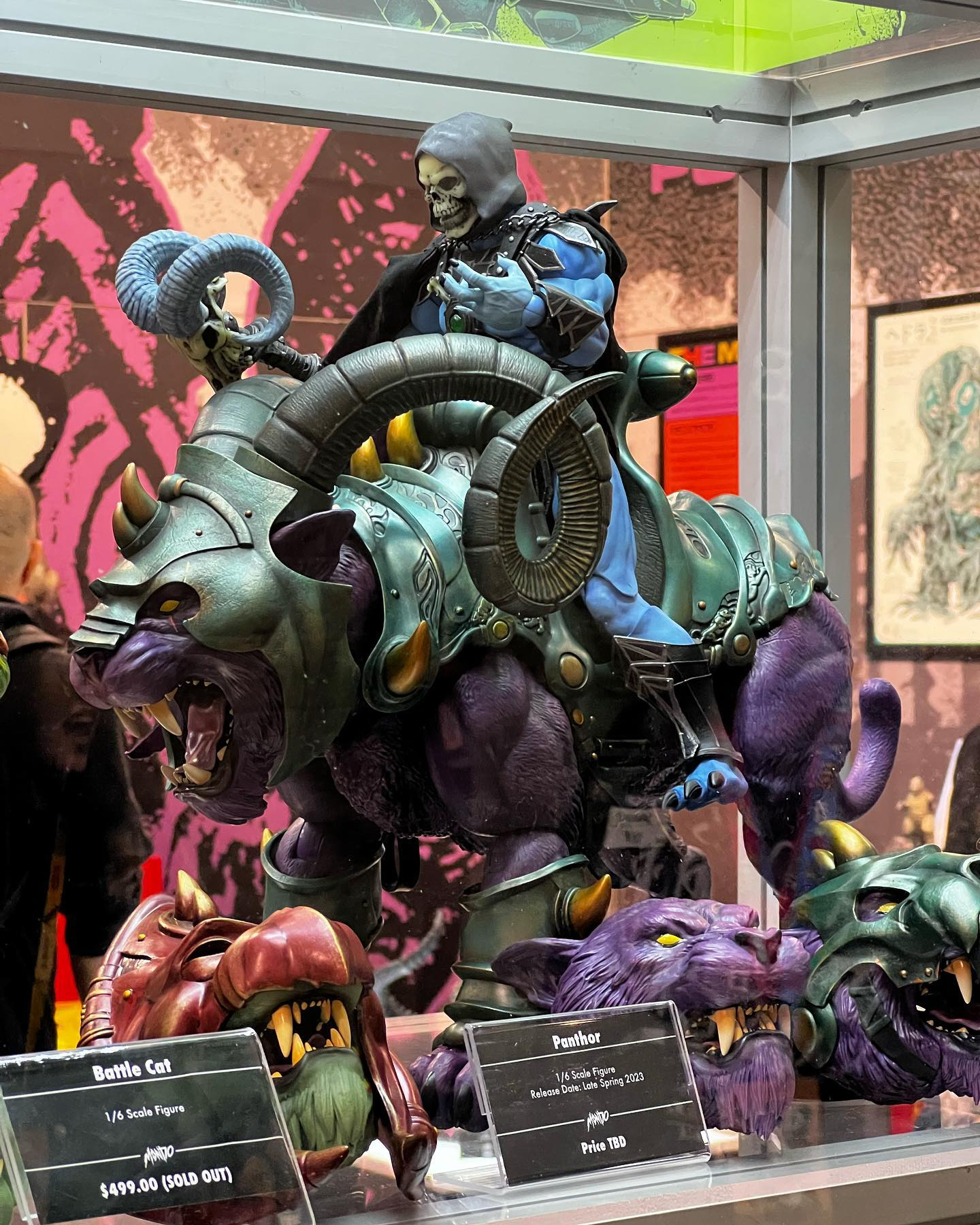 Mondo gave us a sneak peak at their upcoming Panthor. He’s expected to be released Late Spring 2023.

Panthor is Skeletor’s evil feline companion, a giant purple panther who serves as an evil counterpart to Battle Cat. Panthor is portrayed as Skeletor’s pet, being at the right of his throne.

Expect this to retail in the same area as the Timed Edition Battle Cat.