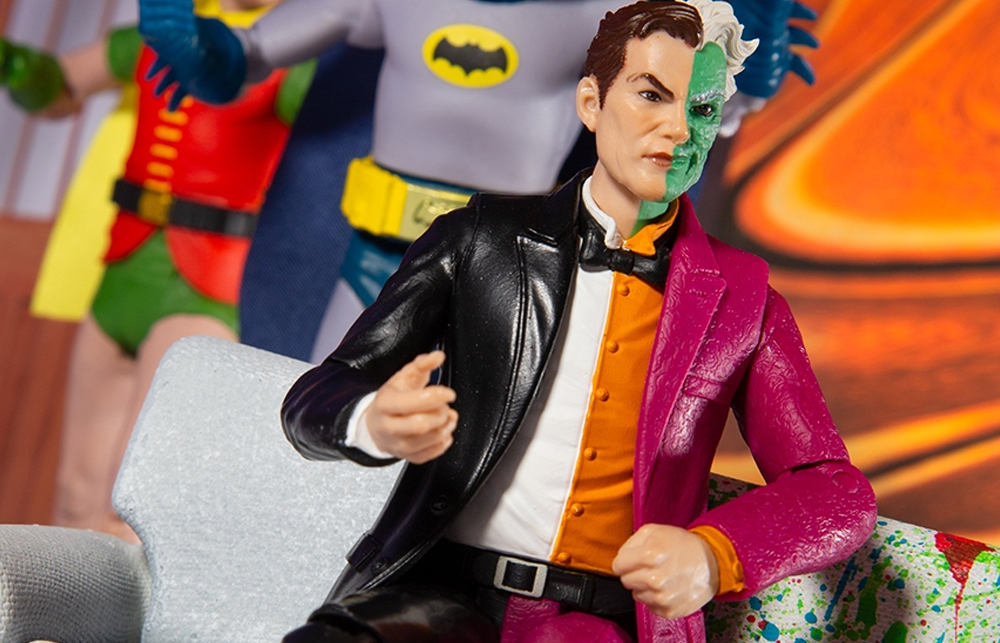 McFarlane Toys still going at full force to start the year, has given us a new look at their upcoming Two-Face figure from their Target exclusive line: Batman ’66. Having all the same attention to detail, and especially making a great job with the likeness so far, you may wonder who this one is supposed to look like. Let’s remember that the character was planned to debut on the tv show, but it was canceled before an actor was settled for the part (there have been rumors that Clint Eastwood was considered).

He finally made his debut on the comic pages, where DC decided to continue canonically with both the zany storylines and the looks of the show actors, and even William Shatner has played the part in animated form); this is the appearance that McFarlane Toys used to produce this figure.

Let us know if you’re excited about this release, and keep an eye on a pre-order drop very soon.