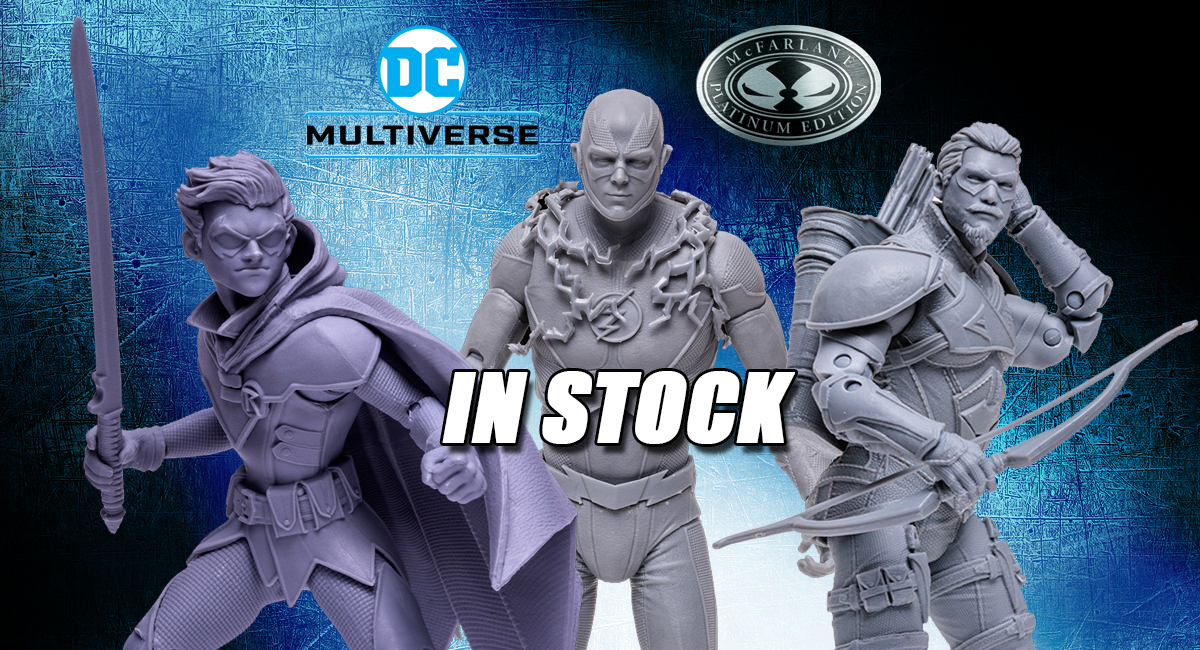 When McFarlane Toys changed their Platinum Chase action figures in the DC Multiverse line to all Artist Proof releases it’s safe to say fans and collectors were not happy.  At all.  Yes, there were still some collectors who liked them and collected them, but overall it was a failure.  The concept they use for their Warhammer line, where collector’s are used to painting their own action figures, did not translate to DC action figures. Once again…at all.  I can see where he thought there was a chance, as there is a huge amount of customizers within the action figure collecting community.  Still though, even that wasn’t enough to keep theses going.  Many collectors who received them by surprise from online orders complained and returned them.

McFarlane Toys recognized this and cancelled all future plans for these.  Or did they?  As far as being available as Platinum Chase action figures, yes, those plans are cancelled.  It was mentioned at the time though that these would be available direct through the McFarlane Store instead.  Does that mean more will be released but only through the store?  Time will tell.  For now though, they have put three in the store and all currently available to purchase at 19.99 each.  The three available are Damian Wayne (Infinite Frontier), The Flash (CW), and Green Arrow (Injustice 2).