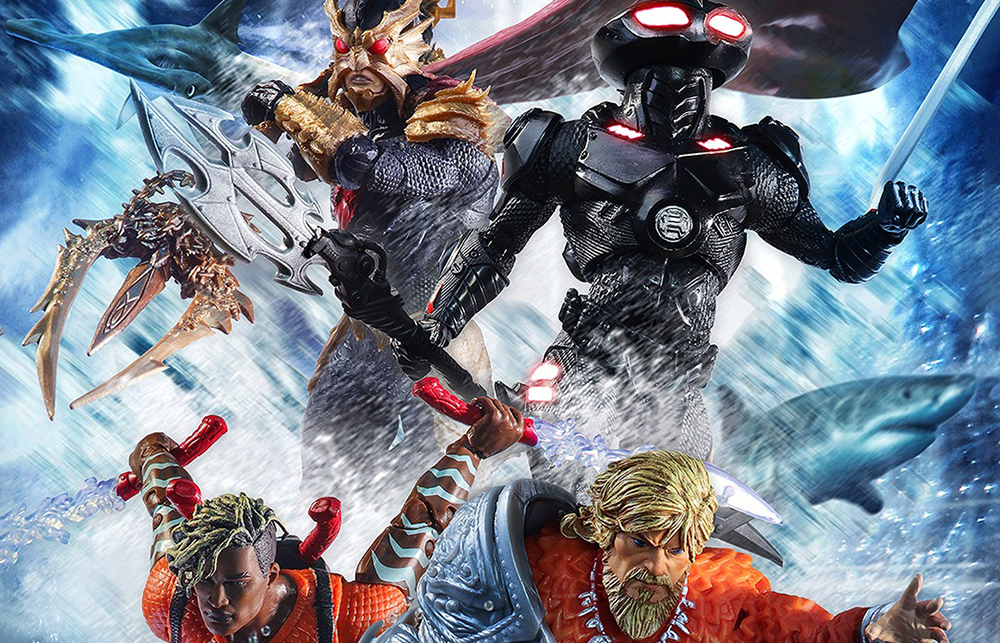 Briefly seen at last year’s New York Comic Con, we’re finally getting our first official look at the first Page Punchers wave of 2023 from DC Direct… and spoiler alert: it looks so, so good. Even though we’ve seen quite a few Aquaman figures from DC Multiverse, I think it’s safe to say this is going to be a lot of collector’s favorite one -even taking its place by the Justice League display, right?- because it blends the classic aesthetic with very modern, cool looking details, like the armored scales, the pauldron, and a great head sculpt.

We could say the same for Ocean Master, which got released mere months ago, but the details and different designs on this one could very easily justify having both.

Black Manta will be featured in the Aquaman The Lost Kingdom movie wave, but like the other ones, the exclusive look is quite distinct, and the accessories really make this a must for any Aqua-fans.

Finally, Kaldur’ahm is getting some love (he’s a personal favorite from Young Justice!) for the first time in the McFarlane era, and I just got to point you to those sweet water blades to close the deal on this one.

All in all, this looks like an amazing wave, which we’ll surely be able to pre-order very soon. Stay tuned!