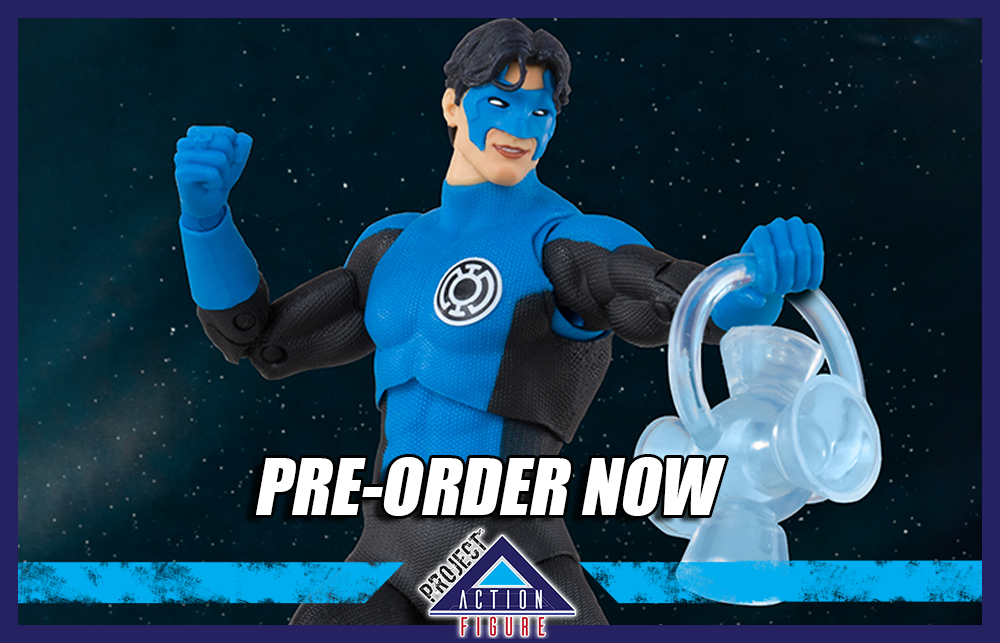 “Unexpected, but not surprised they made this.” This is how I sum up this release that came “out of the blue” (ok, ok, enough with the puns), the first 2023 Gold Label exclusive for the McFarlane Toys Store; it’s nonother than the Kyle Rayner release from Blackest Night, retooled as a Blue Lantern, a role that he embraced during that storyline.

The figure sculpt is identical to the Atrocitus BAF wave, with the obvious exception of the color and logo (from what we can tell in the pictures, not even the ring was resculpted); as for the accessories, there’s a translucent Power Battery and fist effect, previously used in the Parallax release.

Nevertheless, this is a great figure for Kyle and Green Lantern fans who may want to dabble into the whole spectrum of emotion.

It’s also important to mention that you can get this figure at its regular price in the store, or get him practically “for free” when you bundle him with today’s wave: Armored Batman, Superboy, The Signal and Jay Garrick.