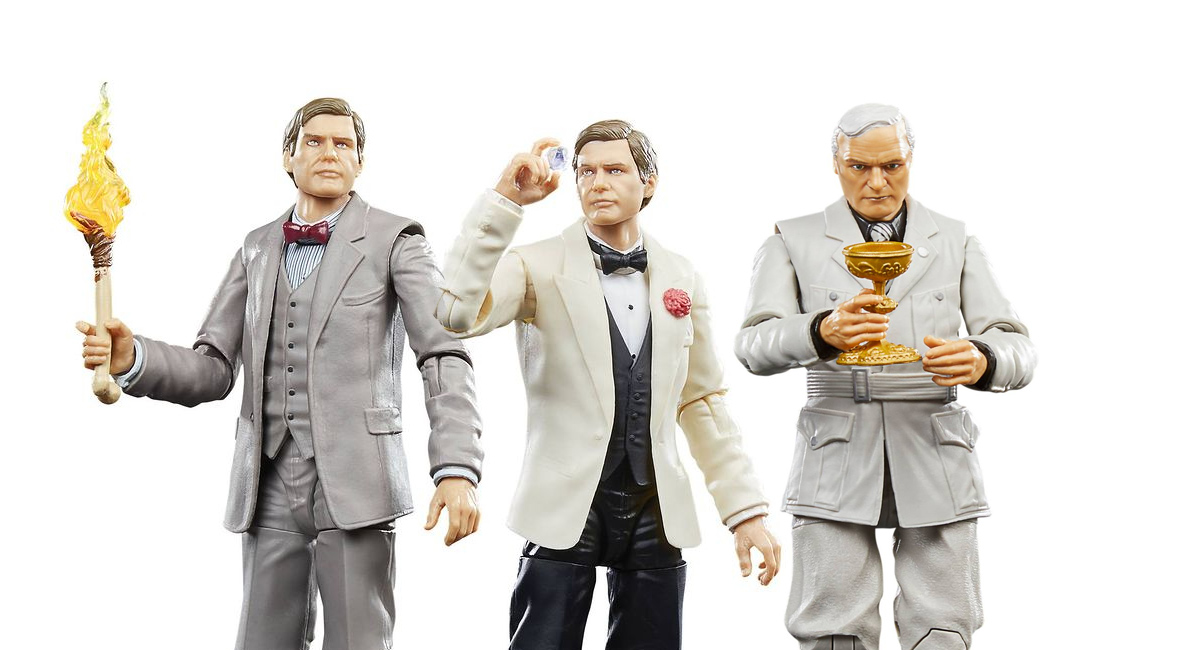 Hasbro announced during their Live Stream three new exclusive additions to the Indiana Jones Adventure Series.  This upcoming line features figures from all of the Indiana Jones films. These 6-inch-scale action figures are detailed to look like the character from Indiana Jones films, featuring premium detail and multiple points of articulation.  Two will be available at Wal-Mart stores and the third only at Target.