The Labyrinth Of Modern Retro 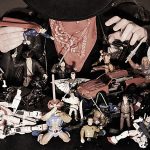 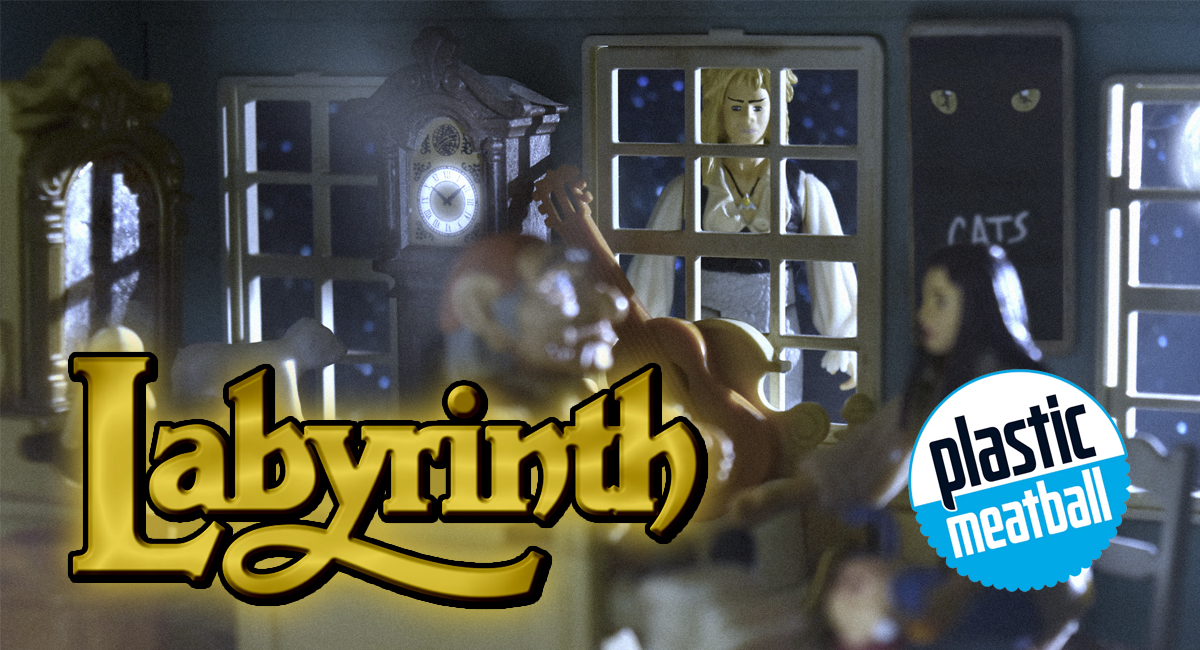 How could someone justify the use of an older camcorder for a modern day film project that would otherwise be shot entirely in high definition? The difference in definition or quality could be interpreted in many ways with preferences around the spectrum. And while we can argue that a difference in definition or quality is sometimes just that and not anyone’s artistic license, there are times where the use of an older format is a decision and not an accident.

While at the risk of overkill, we live in an unprecedented age concerning the use of older formats in all aspects of cultural endeavours. And certainly so in the one which is of our interest: toys and action figures in particular. These are not only the days of mind blowing Hot Toys action figures, but also the days of all things retro-styled. Not only are the toys of our childhoods back: there are also new ones getting done which we always dreamed of but never had. And yes: not only in high-definition, but also in retro format.
Thankfully, for the most part, items are available in both kinds of formats. You can have your Jareth from Labyrinth in McFarlane or NECA flavor. But now we can also harness this amazing ‘what if’: the retro styled, ‘Reaction’-like Labyrinth 3 3/4” action figures from Plastic Meatball!
We must strive to respect tastes. Some like their figures big, some like their figures small. Some like them with astounding detail, some like them to feel more like ‘toys’. Myself? While I like most styles, I do have one rule: I have to be able to play with it. If I’m going to be afraid of breaking an otherwise incredibly detailed action figure, then I’d rather take something in another format if that means I will be able to actually fool around with it. And the same goes for anything that should otherwise be described as a statue rather than an action figure.
There’s one very interesting example that comes to my mind right now: Conan the Barbarian (the film from 1982). Painfully overlooked for years as a possible action figure line, NECA finally did give us something to chew on a few years ago. But, alas: they were not to be played with. However, as you most certainly know, Super 7 surprised enthusiasts of that film by offering quite the Conan collection -still going on- using as a basis the now-classic ‘MOTUC’ buck. And here lies the problem (?): some have complained that the figures are, well, too “toyish” in an age where these things should look sharper and more realistic. Well, I know I’m not alone here: I actually have a profound love for these Super 7 Conan figures precisely because, while not being entirely “HD” or “realistic”, are they not sturdy, beautiful action figures to be played with! But not just that: I actually *like* how they look. I like that they look -and feel- like toys!
So what do we have here? Precisely that. Labyrinth TOYS. Not in HD, but rather in such a striking retro format. The pictures speak for themselves: these are truly beautifully sculpted figures. Attaining a balance between the retro figure format and today’s standards is something Super 7 has achieved in the last few years of their ongoing Reaction brand. Here comes a new challenger!
Plastic Meatball are not exactly new to the game, as they have produced other very beautiful retro-styled lines in the last couple of years: Kellogg’s characters; Halloween characters (some would argue their Michael Myers is the best one done so far in this retro 3 3/4 format); their Time Bandits line.  TIME. BANDIT. ACTION. FIGURES.
I actually acquired these Labyrinth action figures some months ago, thanks to my partner who snatched them for me at Designer Con. I felt truly fortunate because they are only now starting to finally show up for order or pre-order at different e-tailers. So I figured it was time to address these amazing pieces and some of the controversy that always comes with all things retro.
PROS:
-stunning sculpting (perfect balance between retro format and today’s standards)
-sturdy, good quality plastic (for both the figures and accessories)
-excellent initial line-up (hopefully they’ll make more)
-good price
CONS:
-a couple of paint application details: 1) it would seem Jareth could have used some shading in the area between his eyes and eyebrows and 2) Sarah’s hair should perhaps be darker.
-Hoggle could have come with an accessory.
My verdict? Since I like pictures to speak for themselves, I shall end this article by sharing a photograph I took of these little folks. Spoiler: yes I love them and have had some mighty fun with them. Thank you Plastic Meatball and keep up the good work! You can order yours now!
http://www.plasticmeatball.com

By The Phantom Collector

The Phantom Collector is based in Buenos Aires, Argentina, and has been in the collecting scene for more than 25 years. He was part of our staff back in the old days of both Artoosnews.com and Offthecard.com and now he's back in black. You can check out his Toy Photography at http://www.instagram.com/the.phantom.collector/ or at https://www.flickr.com/photos/191616706@N05/albums/72157717709924721