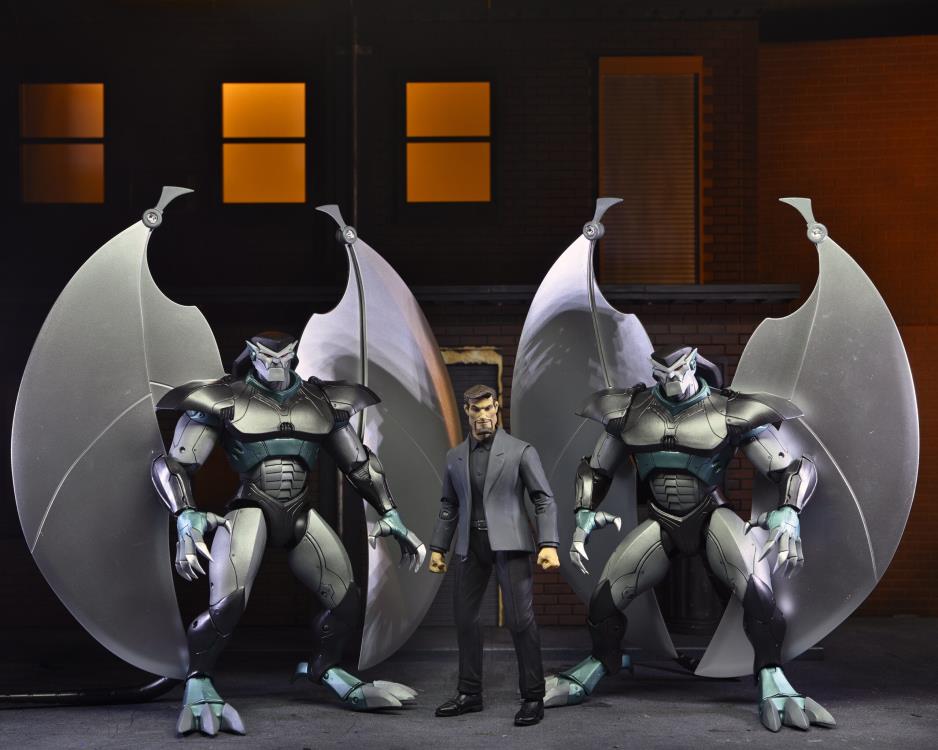 This year during NECA’s yearly 12 Days of Christmas visual checklists we were treated to previews of many new additions to the Ultimate Gargoyles line.  Today NECA has released the official information for one of these:  Ultimate Steel Clan Robot.  You’ll notice Xanatos in some of the images, he is not included with the Steel Clan Robot but is coming as a future release!  The Ultimate Steel Clan Robot is expected to ship May 2023.  Here’s the rundown on the newest addition to the Ultimate Gargoyles action figure line by NECA:
One thousand years ago, superstition and the sword ruled…” The time of the Gargoyles has come again! Arguably the best gothic cartoon of the 1990s, Gargoyles followed an ancient clan of gargoyles transported to modern-day Manhattan when their Scottish castle is relocated. Ruthless businessman David Xanatos created the Steel Clan robots in the image of the Gargoyles to be his personal army. This impressively large figure stands over 8” tall and includes gauntlet blasters, attachable thruster blasts and interchangeable hands. Also features bendable tail and open and closed wings. Comes in display-friendly window box packaging with opening flap.