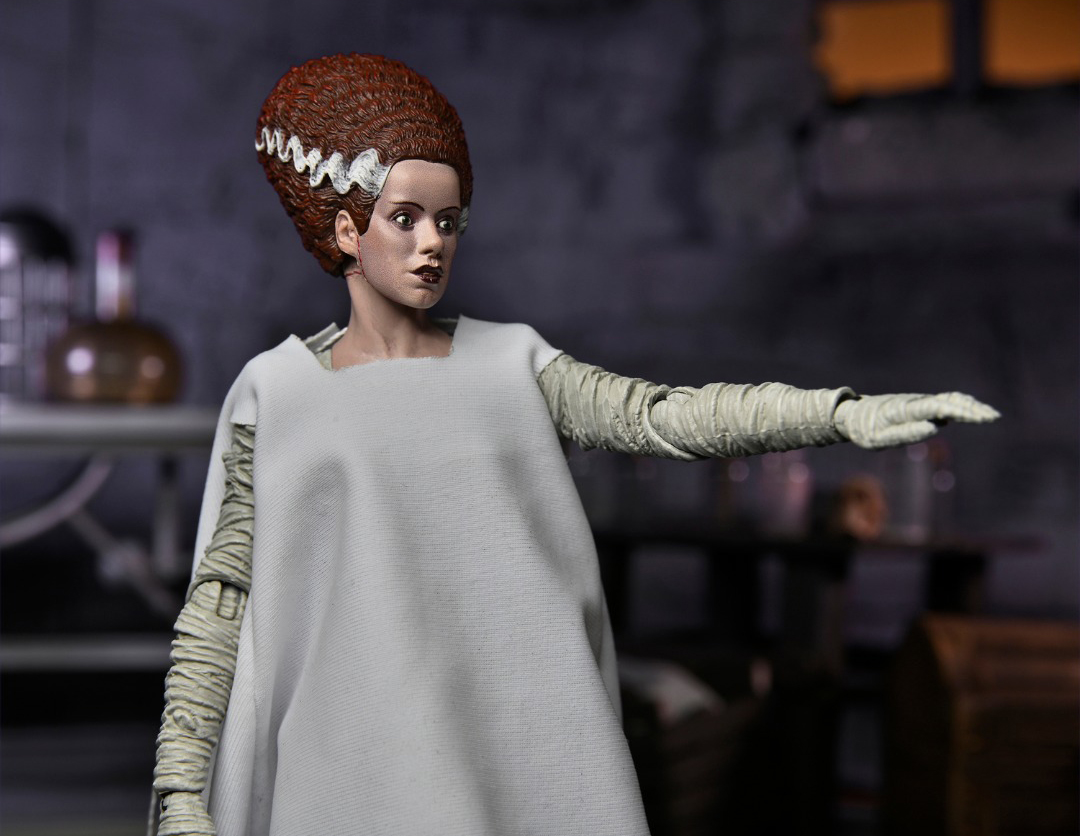 Is your NECA Universal Monsters Ultimate Frankenstein feeling lonely?  Never fear, NECA has just announced the release of the Ultimate Bride of Frankenstein.  Like other releases in this line, a black & white release will be along the way as well.  While Frankenstein won’t have a date this Valentine’s day, his Bride should start hitting shelves in June just in time for a summer vacation.  Here’s the official word from NECA along with a pretty sweet image gallery:
The debut of Universal’s 1935 film The Bride of Frankenstein promised audiences something “more fearful than the monster himself”! Elsa Lanchester’s portrayal of the creature stitched together to be the monster’s mate is captured in this detailed 7” scale Ultimate action figure. It comes with bandages, removable gown, two pairs of hands, and three interchangeable head sculpts. Display-friendly window box packaging with opening front flap.