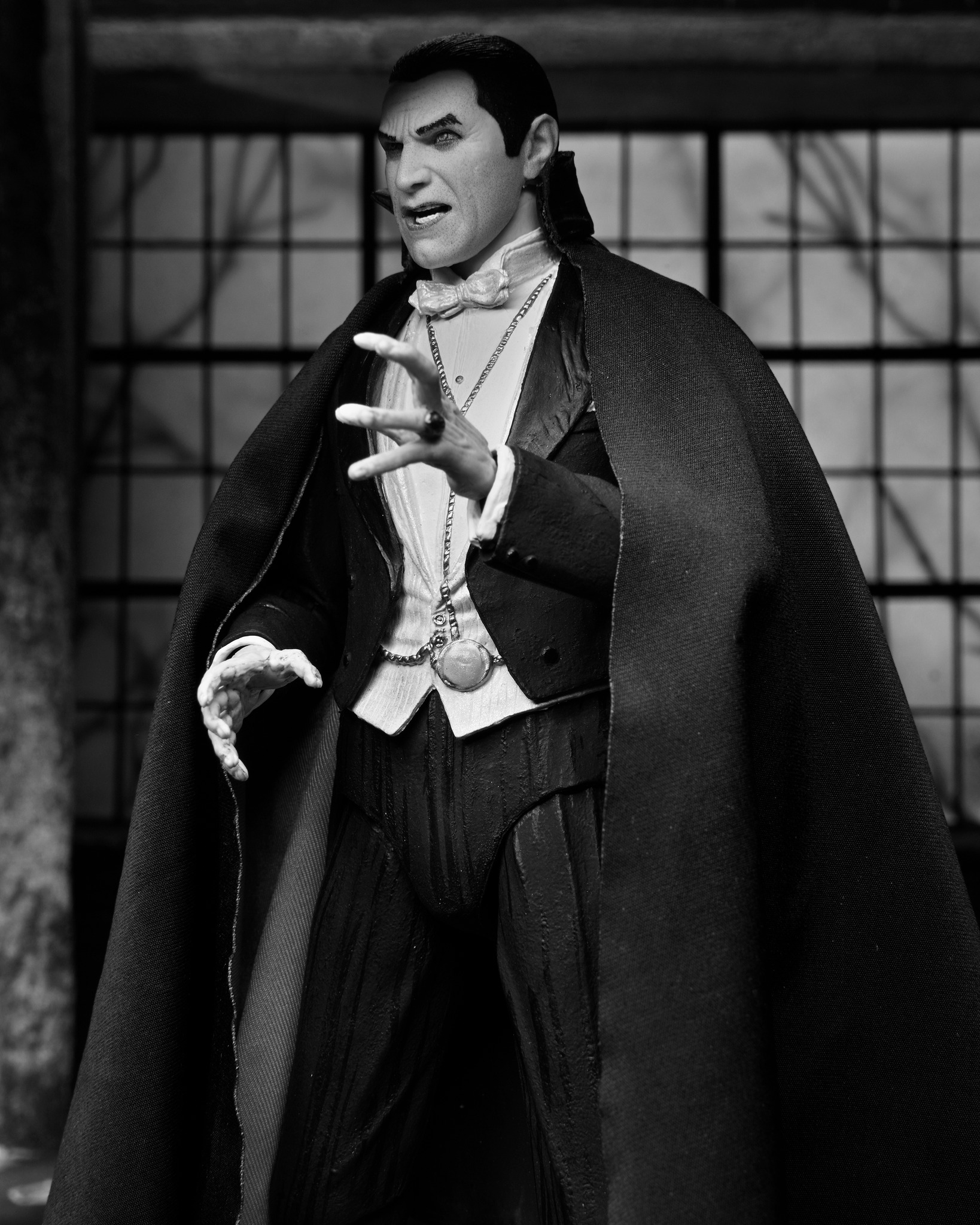 Continuing their tradition of black and white releases of the Universal Monsters line, today NECA has released the official information and images of the next in this line:  black and white Ultimate Dracula (Carfax Abbey)!  This new Dracula will be released in February 2023 at all NECA retailers.
NECA announces a new Ultimate action figure of the most famous vampire of them all… Dracula! Following the color version, we’ve created a special black-and-white figure that features the formal tuxedo seen at his Carfax estate. We worked closely with the estate of Bela Lugosi to capture the actor’s expressive likeness and for additional background detail on important costume elements. Standing in 7” scale, the Ultimate Dracula (Carfax Abbey) action figure has a removable soft goods cape and comes with plenty of accessories: top hat, cane, bat, flight stand, plus three interchangeable heads and hands. Includes additional neck piece making it compatible with the heads from the color version. Display-friendly window box packaging with opening front flap.