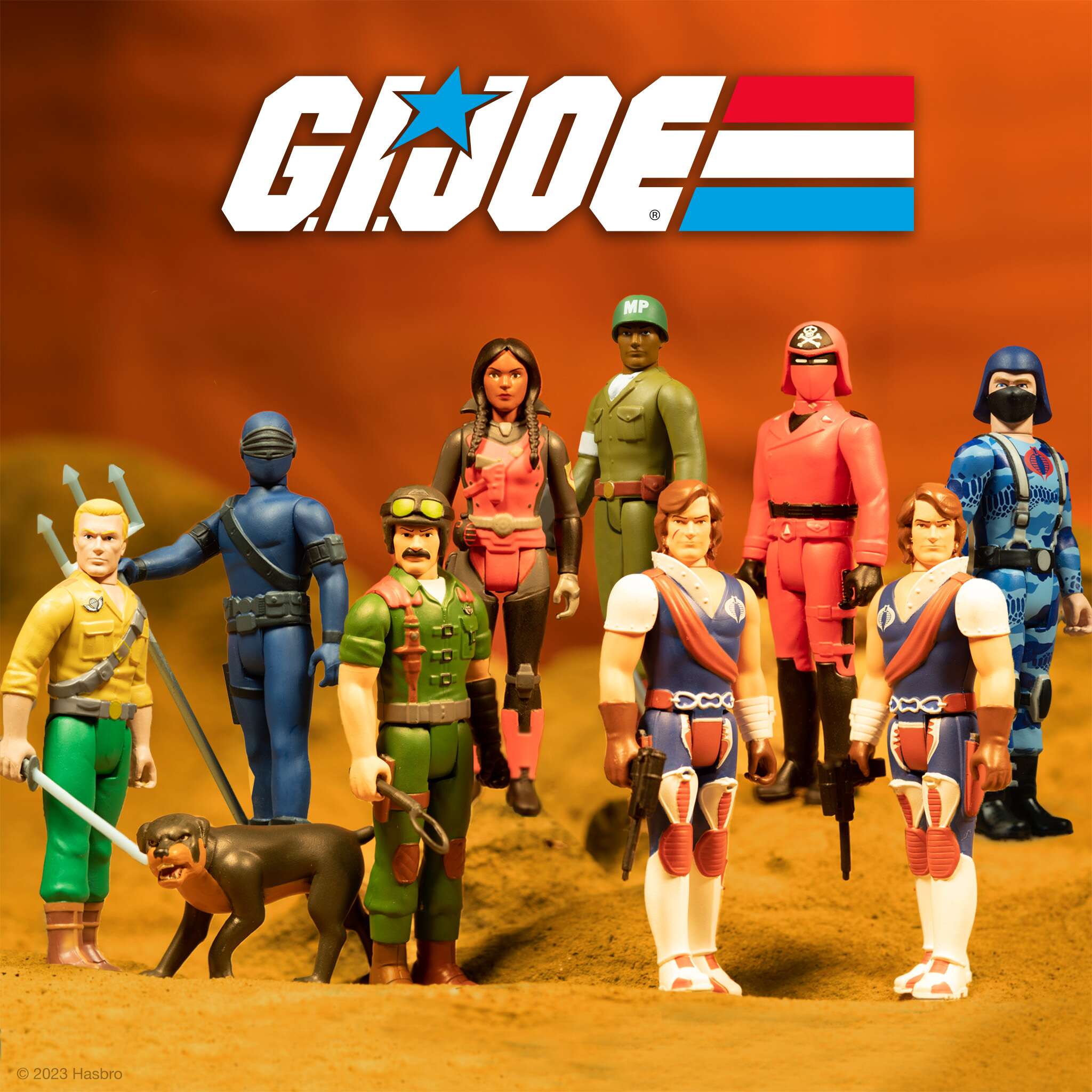 Super7 continues their G.I. Joe ReAction line with the release of nine more new action figures.  Or I’ll say nine for now, as the G.I. Joe MP and Cobra Trooper (Camoflauge Infantry) are both listed with only one variation each.  If this wave follow the previous four, these two characters will be released in a variety of combinations such as ethnicity, hair style, facial hair, etc.

Next up is the Crimson Guard Commander Twins – Tomax and Xamot

Rounding out the wave is a regular release of Mutt and Junkyard (they previously were released in the PSA series), Raven, the Cobra pilot from the original cartoon episode In the Presence of Mine Enemies, and a character I am unfamiliar with – Red Laser.  According to Super7, Red Laser is inspired by the vintage European action figures and features a red uniform with skull and crossbones on the helmet as well as a hand laser-blaster accessory.  So there you have it.  All of these are available now at Super7’s Online store and later at retailers everywhere.