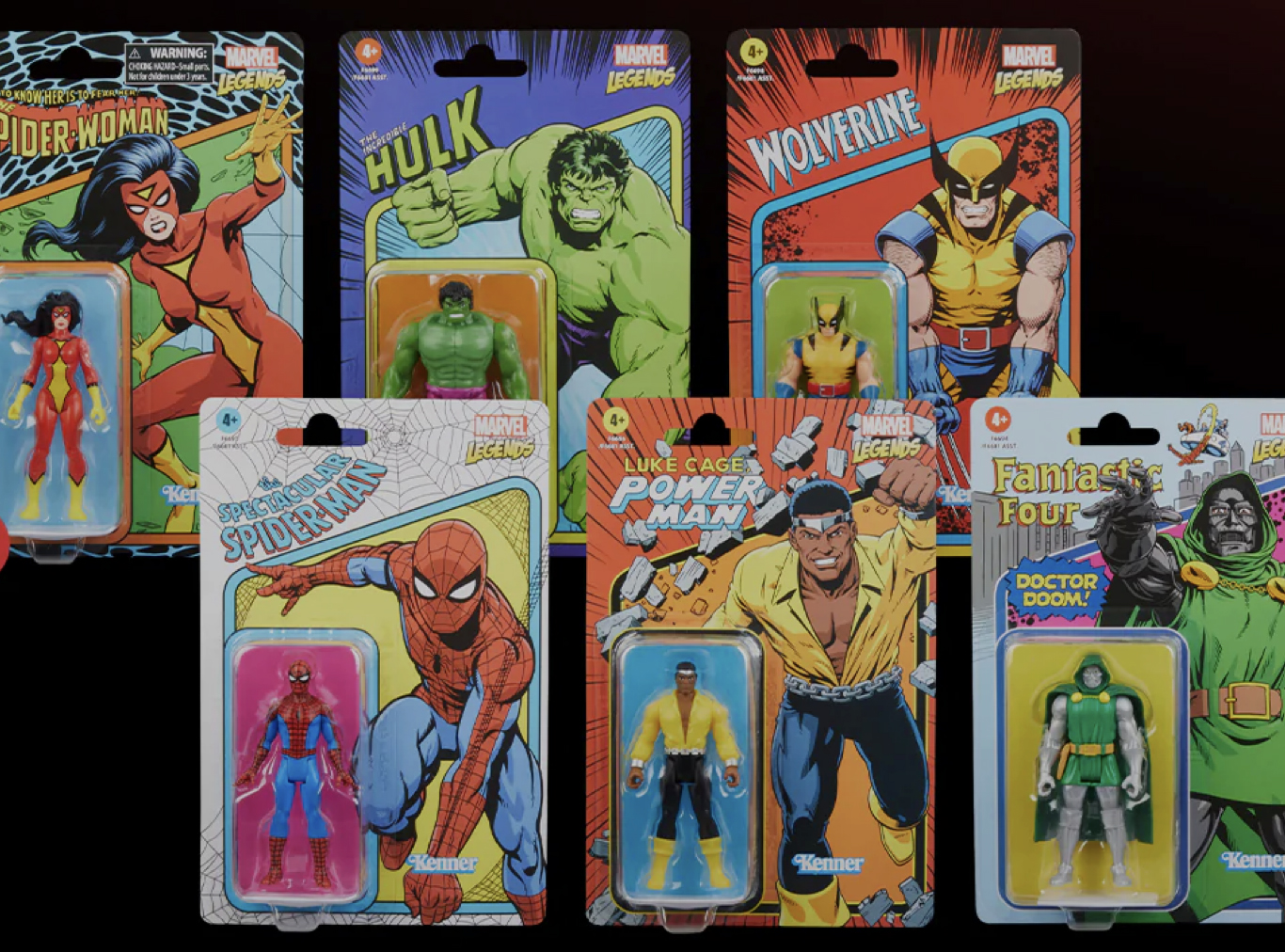 First previewed at Hasbro’s 1027 event, the next wave of Marvel Legends 375 has now been officially announced.  Wave eight will consist of three new figures releases and three re-released figures on new card-backs.  The three new figures for this wave are:  Dr. Doom, Luke Cage Power Man, and Spider-Woman.

The other three figures in this new wave are re-releases:  The Hulk, Spider-Man, and Wolverine.

The Hulk has a new logo on his cardback, Spider-Man is now on a Spectacular Spider-Man cardback, and Wolverine was previously released as a Pulse exclusive with a shiny cardback.  Look for all six this May at retailers everywhere.