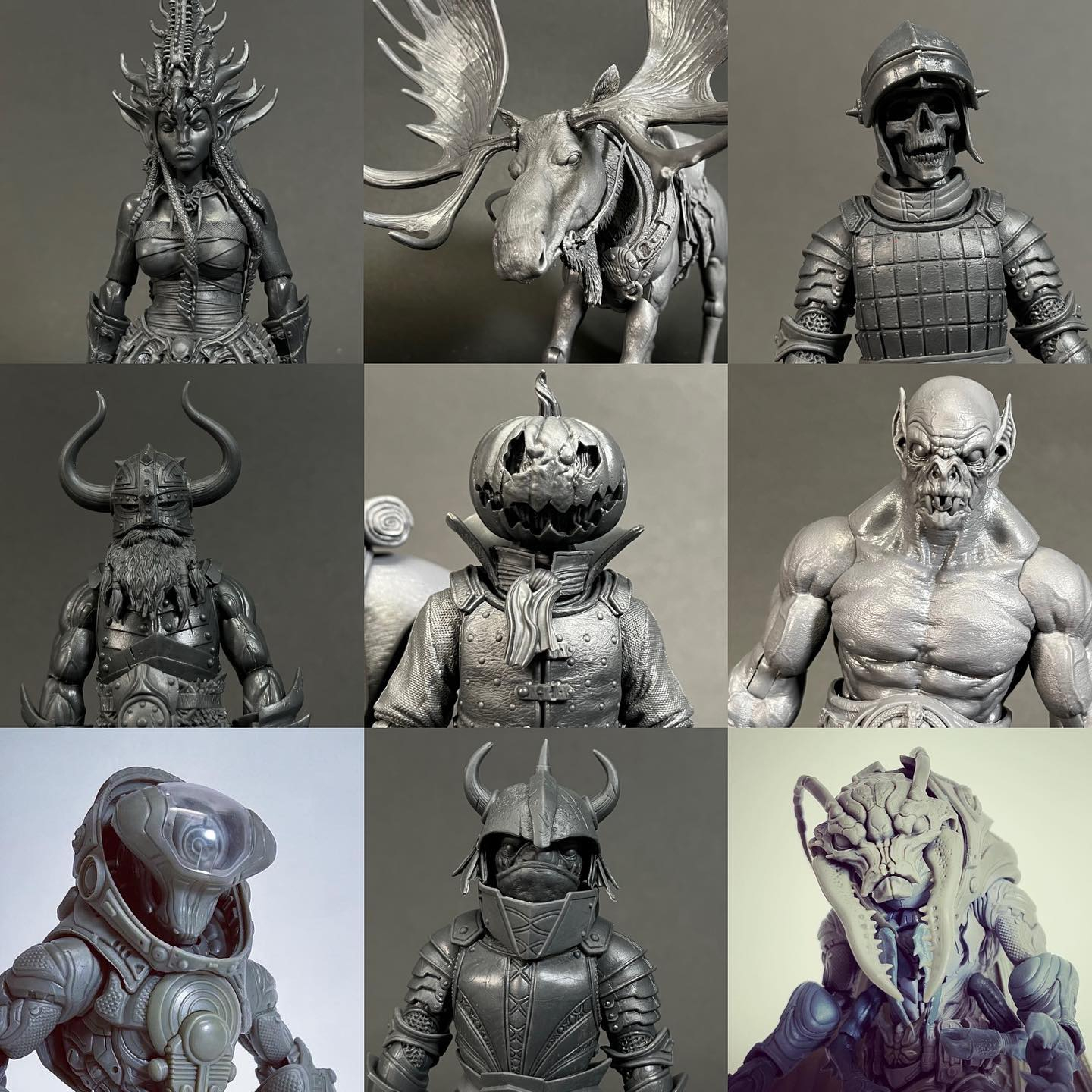 4 weeks of sales at StoreHorsemen.com! All of the items offered during these sales will be IN STOCK and they will ship quickly so you get them in hand fast! Here’s the schedule:

So the BIG news here is obviously the reveal that we will have test shots from the first Cosmic Legions wave available for sale! This is actually a bit of a throwback to the first Mythic Legions wave, when we surprised fans with a limited drop of test shots of that entire set a few months before the normal figures began to ship.

In addition to the Cosmic sale, you can see on the schedule that we will also be selling test shots from a pair of Mythic Legions waves – Illythia and Deluxe Legion Builders, as well as test shots of the Figura Obscura Headless Horseman set and the LegionsCon 2022 figures as test shots!

As in the past, these test shots are produced in very low numbers, and buyers will be limited to 1 of any figure, and a maximum of 2 test shots for each week of these sales!

The fourth week of this sales blitz will feature the “standard” versions of the characters originally released at LegionsCon 2022 – the Unknown One and the Furious Four!

Check out www.sourcehorsemen.com/updates/news for more details on these 4 Weeks of Four Horsemen Sales!