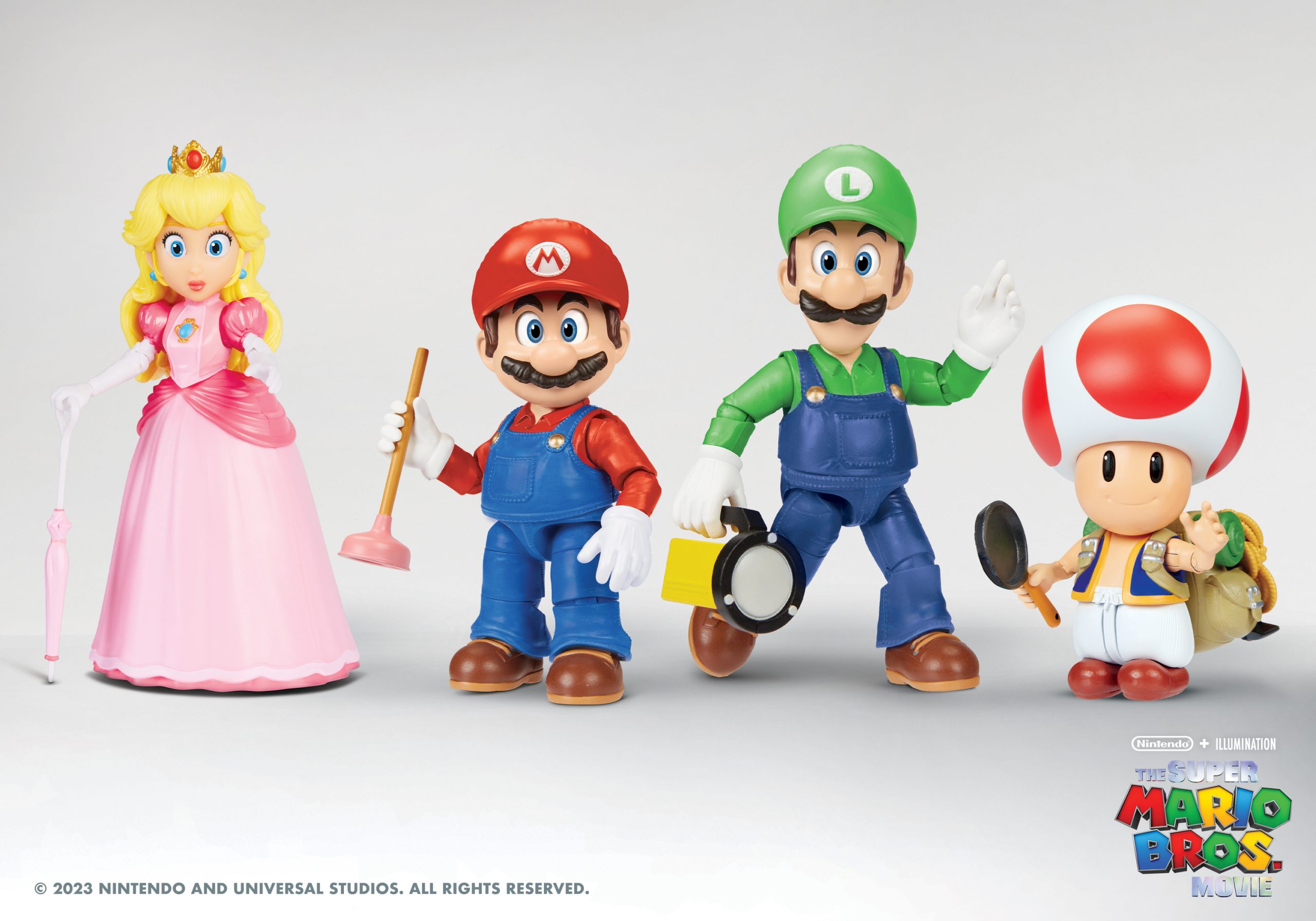 JAKKS Pacific has been cranking out toys based on the “super” Nintendo Franchise Mario.  Now it’s time for them to focus on the upcoming movie set for release in April.  What should you expect?  Here’s the official press release with all the details:

JAKKS Pacific, Inc. (NASDAQ: JAKK) this week announced they will be bringing to market a toy line for the highly anticipated new film from Illumination and Nintendo, The Super Mario Bros. Movie, arriving in theaters April 7, 2023. Look forward to posable figures, accessories, playsets, plush and a super cool RC from the movie coming to shelves and online in North America, Asia-Pacific, Latin America, Europe, Middle East and Africa on Feb. 26, 2023.

“In partnership with Illumination and Nintendo, we have enjoyed collaborating with JAKKS Pacific to launch an all-new line of toys for The Super Mario Bros. Movie,” said Joe Lawandus, Senior Vice President and General Manager, Global Toys, Hardlines & Publishing, Universal Products & Experiences. “We’re as excited as the fans for the film’s release and can’t wait for their reaction to our line of film-inspired toys.”

“JAKKS Pacific has been excited about working with Illumination, Nintendo and Universal Products & Experiences to develop a line of unique toys for The Super Mario Bros. Movie available on Feb 26., 2023,” said Craig Drobis, Senior Vice President of Marketing at JAKKS Pacific, Inc. “Our collector and fan community will be thrilled with JAKKS’ new scales that really bring home the rich details inspired by the characters and sets on the big screen, including our new 5” figures with realistic acrylic eyes and movie accessories in a premium window box. We’re excited to unveil even more very soon.”